Evidences of Evolution shows the different species living on earth have evolved from simple to more advance and complex beings with the passage of time. And all the organisms have been evolved from a common ancestor known as Progenote Ancestor. Thus, these evidences support the evolution of organisms on earth.

Evidences of Evolution from Biogeography

Geographical Barriers: They explain how similar groups of organisms can live in different places. These places are separated by impenetrable barriers. For example, native cats live in most continents of the earth. But they cannot cross open oceans. They have common ancestry. But they have undergone millions of years of independent evolution. Therefore, they have developed differences.

Evolutionary Adaptations in the Isolated Organisms: Biogeographers also explain that. the plants and animals are separated by geographical barriers. They were very different in spite of similar environments. For example, the animals that inhabit Australia and Tasmania are very different from animals in any other part of the world. The major native herbivores of Australia and Tasmania are kangaroos (Macropus). Members of the deer and cattle perform the same role in the other parts of the world. Similarly, the Tasmanian wolf (tiger) (Thylacinus cynocephalus) is extinct now. It was a predatory marsupial.

Life on Islands: The biogeographers explain the presence of only few and unique resident species in oceanic islands. They write island colonization and subsequent evolutionary events. These evolutionary events are different from the ancestral mainland groups. Charles Darwin explained this distribution during his observation in Galapagos. 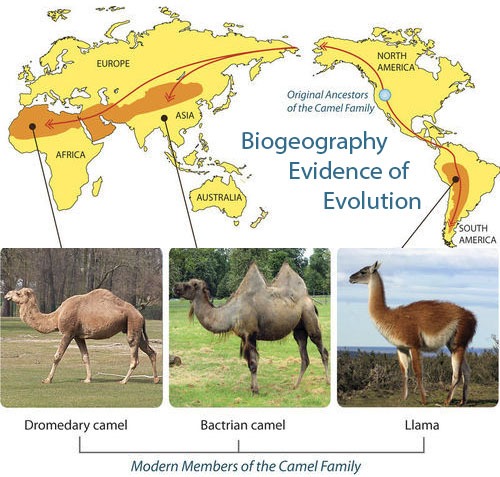 Biogeographers divide the world into six major biogeographic regions. These regions are:

Ethiopian Regions: It includes most of African continent. It is separated from the Palearctic region by Arabian Desert Sahara.

Palearctic Region: It includes most of the Europe, China, and Russia. It is separated from the Oriental regions by Himalayan Mountains.

Australian Region: It is composed of continent of Australia. It is separated from the Oriental region by deep ocean channel.

Neacrtic Region: It is composed of USA, Canada etc. It is separated from the Neotropical region by mountains of Southern Mexico.

Neotropical Region: It is composed of most of the South America.

Evidences of Evolution from Paleontology

The study of fossil is called paleontology. Fossil provide direct evidence of evolution. Fossils are evidence of plants and animals that existed in the past. These plants and animals incorporated into the earth’s crust. Sediments quickly cover them. It prevents scavenging and reduces the supply of oxygen. Thus, decomposition occurs slowly. Fossilization is mostly occurring in aquatic or semi-aquatic environments. Thus, the fossil record is more complete for those groups of organisms living in or around water. Some gaps may be present in the fossil record. But paleontology produces nearly complete understanding of many evolutionary lineages. Paleontologists estimate that the earth is about 4.6 billion years old. They have also used the fossil record to describe the history of life on the earth. 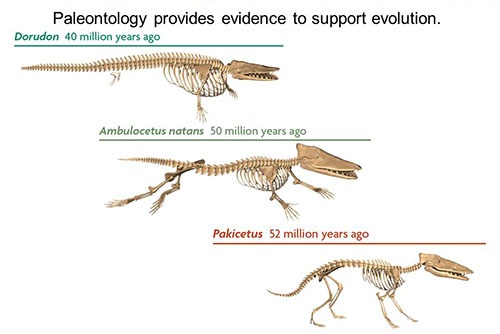 Evidences of Evolution from Comparative Anatomy 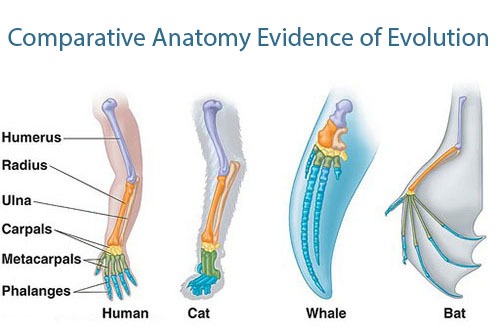 They study three types of structure:

(a) Homologous Structures: Structures derived from common ancestry are called homologous structure. For example, vertebrate appendages have a common arrangement of similar bones although some of them perform different functions. This similarity in appendage structure indicates that the vertebrates evolved from a common ancestor.

(b) Analogous Structures: The structures having different origin but performs similar functions are called analogous structures. Analogous structures are produced due to convergent evolution. Convergent evolution occurs when two unrelated organisms adapt to similar conditions. It causes superficial similarities in structure. For example, the wing of a bird and the wing of an insect are both adopted for flight. But they are not homologous. These structures are analogous.

Evidences of Evolution from Molecular Biology

Molecular biology has provided a lot of important information about evolutionary relationships. The animals also have homologous biochemical processes like homologous structures. 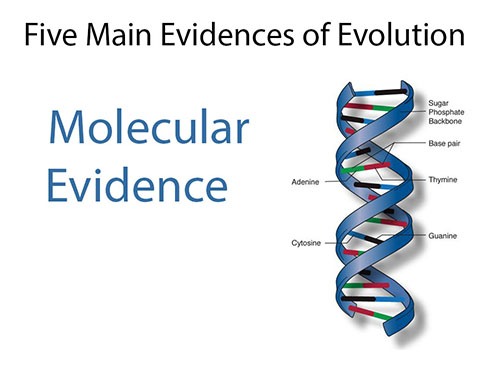 Structure and function are based on the genetic DNA molecule. Related animals have similar DNA derived from their common ancestor. DNA carries the codes for proteins. Thus, related animals have similar proteins. The zoologists extract and analyze the structure of proteins from animal tissue with the help of latest laboratory techniques. They also compare the DNA of different animals. They look for dissimilarities in the structure of related proteins and DNA. It gives constant mutation rate. In this way, they estimate the time since divergence from a common ancestral molecule.

Evidences of Evolution from Comparative Embryology

closely related organisms pass through similar stages during their embryonic development. For example, all vertebrate embryos develop gill pouches on the sides of their throats. The fishes, frogs, snakes, birds, humans, and all other vertebrates have similar embryonic stages of development. Their embryos have more similarities than the differences. These vertebrates: diverge more and more with the progress of development. Thus, they develop the distinctive characteristics of their classes. The gill pouches develop into gills in fishes. These embryonic structures modified into other structures in terrestrial vertebrates. For example, gill pouches modified into eustachian tube in humans. Eustachian tubes connect the middle ear with the throat. 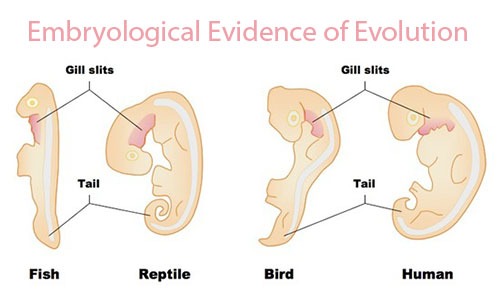 Comparative embryology develops homology among structures like gill pouches. These structures are changed in later development and their common origin is not fully apparent. Thus, it becomes difficult to compare their fully developed forms.