Bacteria are the smallest organisms having a cellular structure. They are unicellular prokaryotic organisms classified as microorganisms. The study of bacteria is called bacteriology. 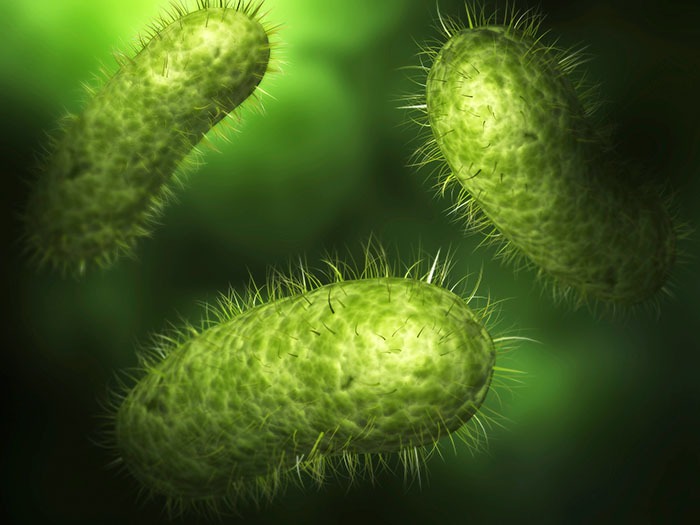 The bacteria occupy many environments, such as: soil, dust, water, air, in and on animals and plants and they can even be found in hot springs at temperature at 70° C or higher. Their numbers are enormous; one gram of fertile soil is estimated to contain 100 million and 1 cm3 of fresh milk may contain more than 3000 million bacteria

The morphology refers to size, shape, arrangement and structure of bacterial cells.

Bacteria are unicellular and very small. Most of them are approximately 0.5 to 1.0 μm in diameter and from 0.1 to 10 μm in length.

The shape of a bacterial cell is governed by its rigid cell wall. Most bacteria have constant shape but some have cells that exhibit a variety of shape

According to their shape the bacteria can be generally classified as:

Bacilli: These are rod-like bacteria, for example Lactobacillus found in milk.

Spirilla: They are rigid helical bacteria. These are usually curved with a twist or turn. The spirillum may have less than one complete twist and called vibrioid or one or more complete twists known as helical.

Spirochetes: These are flexible and can twist and control their shape whereas the spirilla are relatively rigid. 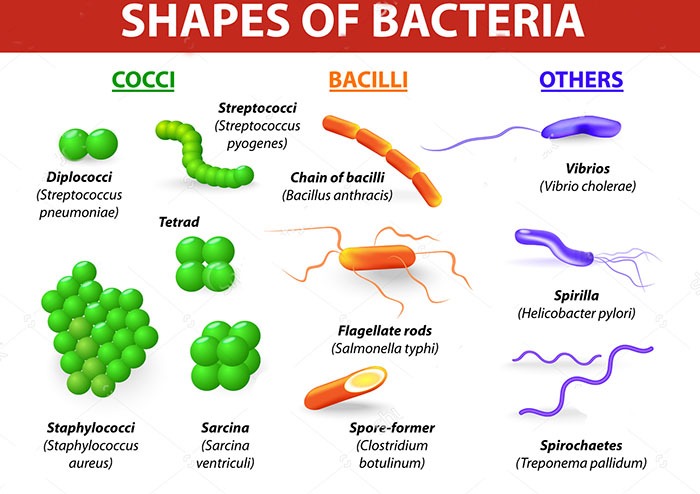 The arrangement of bacterial cells is characteristics of their species. The most complex arrangement patterns are found in cocci.

The arrangement in cocci depends upon the plane of cell division and whether the daughter cells stay together after the division. They can be classified as:

Diplococci: The cells divide in one plane and remain attached in pairs.

Streptococci: The cells divide in one plane and remain attached to form chains.

Staphylococci: The cells divide in three planes, in an irregular pattern and produce groups of cocci.

Sarcinae: The cells divide in three planes, in a regular pattern, producing a cuboidal arrangement of cells.