Usti.ago is parasite on the grasses like wheat. It is commonly called smut. It attacks on the ovaries of grasses. Sometimes, it completely destoy the whole ears (wheat) and produces black powdery mass of spores. Ustilago tritici is common in Pakistan. It attacks on wheat. Usti’ago avenae attacks on oat. Ustilago nada attacks Or barely. UstPago zeae attacks on maize. 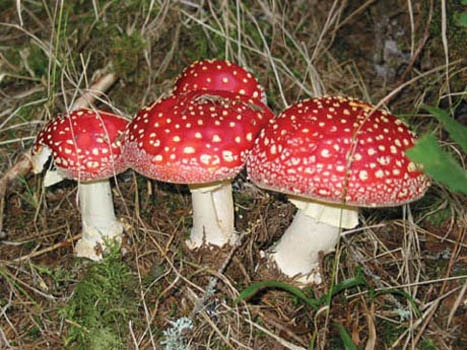 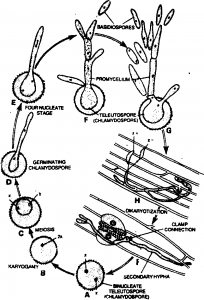 The life cycle of Ustilogo wake patses through following stages:

The cells of promycelium germinate to produce hyphae directly in Ust logo tilted. These hyphae undergo conjugation to produces dikaryotic hypha. They do not produce basidiospores.

The dikaryotic hyphae infect the ovaries of hosts. Their growth is intracellular. These reach the embryo. These does not cause disease in embryo and become dormant in it.