Bryophytes are terrestrial plants. They mostly grow in moist and cold habitats. Some species can grow in dry places. But they depend on moisture for the reproductive stage. Bryophytes have world wide in distribution. They are found in tropical, temperate, subarctic and arctic regions. 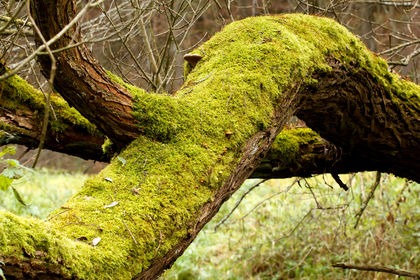 The dominant generation in bryophyte is gametophyte. The vegetative plant body is a gametophyte. It has smaller size.