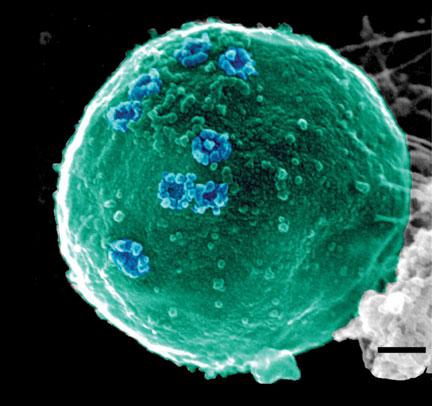 Every plant and animal is composed of living cells. These cells are of different types and are meant to perform different functions in the body. Collectively, a group of cells form a tissue, a group of tissues form an organ and a group of organs form a body. Hence, cells are one of the smallest entities of the body. Smaller than these are only those which reside inside the cells. Different organs are formed by different cells. The cells divide into more cells (known as cell division) to increase in number and replace the ones which die. This is a constant process starts from the beginning of life and continues till death. In an average lifetime, a human being experiences more than 10,000 trillion divisions. By looking at this figure, one can estimate the rapid rate at which these divisions take place.

Because cells are the driving force behind a body, scientists have constantly been doing research on them in order to find out the reasons for various phenomenons a human goes through in his lifespan. The results have been satisfactory leading to an increase in life span. Despite of this, according to the scientists, there is still a lot to learn. A lot of activities have not been explored in depth light on which would be thrown in the years to come with advancements in technology.

The cell division process leads to a lot of complex changes. Every cell has a specific lifespan after which, it dies. Same is the case with tissues and organs. As a person grows older, the rate of regeneration of cells reduce due to which, the body becomes weaker. If this process is tamed, we may actually have a way never to age. Synthetic cultivation of some cells is possible outside the body. This has helped in understanding the cells better. However, the thought of regenerating them outside and placing them inside the body would not work (at least not now). The only visible solution is to find a way such that the rate of division of these cells does not reduce.
By looking at the above said, it can be easily understood that the species of plants and animals who live longer have a structure such that their cells are able to undergo cell divisions for a longer period. Similar is the case with those who have a shorter lifespan wherein, the division reduces at an early age. Comparison between these with the human cells is another method that is being adopted for enlightenment.

For individuals who suffer from genetic disorders, this concept would prove to be a blessing in disguise. People with disorders of types which affect the growth and the aging process are actually victims of the cell growth mechanism. Their hardwiring is such that the cell division process either becomes extremely high or falls below normal. Both the cases are fatal as it is not possible to live a normal healthy life which eventually affects the position in the social groups.