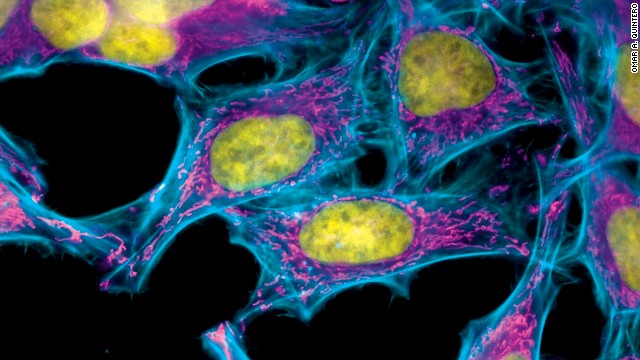 Cellular Biology has been given a big boost with Hela Cells. Its origin can be traced to the 1950s when it was extracted from a lady named Henrietta Lacks in Africa. This cell has been able to provide a major breakthrough in the lives of millions worldwide. Polio, a disease which had to be eradicated from the face of this earth was done so with these very cells by making vaccination not commonly available in every dispensary and hospital. Labs dealing with molecular biology have the greatest use of these cells as these were the first to survive outside the human body and proved to be a milestone for the researches introducing the concept of artificial production of cells.

These discoveries enabled the scientists to study different types of cells outside the human body and hence were able to find solutions to many problems that had become unbearable to bare. Now, medications are available based on the analysis done on these. Cures for some of the most deadly viruses have been discovered and vaccinations against them are provided at child birth as a safety measure. Hela Cells were truly able to provide a means to study cellular biology and help the researchers discover things which were unheard off.

An enzyme by the name of “telomerase” has been responsible for this success. This enzyme stabilizes the chromosomes present in the cells by imparting the DNA sequence with a “TTAGGG” at the end. Once this stability has been achieved, the cells can then survive in the outside environment and hence are fit for study. Unfortunately, this is not a permanent solution as the division process stops after a while because the telomeres shorten with each division. Success came when it was noticed that the active version of these enzymes was present in the cancer cells. This prevented them from dying and hence securing against instability. The division was now no more limited to a specific number eventually becoming unlimited.

Distinct features about these cells:

a) They have an adhesive type characteristic which allows them to stick to the container’s edge and hence allowing for easy recovery.

b) The cells divide every 23 hours which leads to formation of new replicas further fueling the study. The rate might be slower than some others, but is apt to conduct research.

c) They have a tendency to contaminate the cell lines of others which is why keeping them under control is important but difficult.

The extent of usage of the Hela cells is amazing. According to the United States Library of Medicine, more than 61000 researches are based on these cells. Since Henrietta was suffering from cancer, they have been used actively to find a treatment against it. The molecular activity of the cells has been studied with care and their presence has played a significant role in the deriving anti cancer drugs. Hopefully, in the times to come, better results would be generated which could completely cure terminal diseases like cancer and aids and serve the human race.