Characteristics of the 5 Kingdoms

Basically, the Kingdoms of life (The 5 kingdoms) was divided on the basis of two aspects, two points. The first was kingdom Classification System, while the second was Division Classification system. 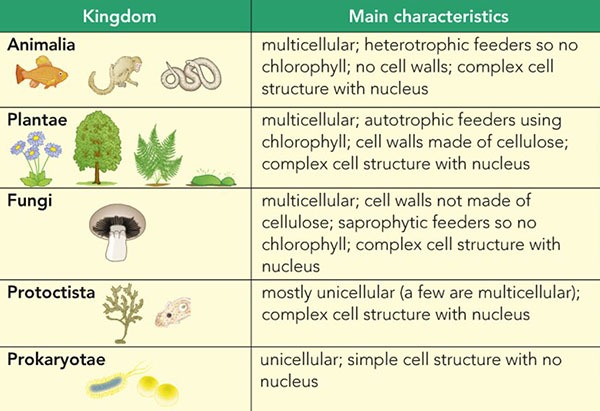 (b) Mode of nutrition.

There are following five kingdoms:

The systematists have concluded on the basis of studies of ribosomal RNA that all life shares a common ancestor. They find that there are three major evolutionary lineages. Each of these lineages is called a domain. The domain is present above the kingdom. There are three domains:

Plant biologists use the term division for the major plant groups within the plant kingdom. Division is equal to phylum. Divisions are further subdivided into classes, orders, families, and genera.

The classification scheme used in this text recognizes twelve divisions within the Plantae. These divisions are: