The name Cyanophyta (Gr. kyanos=blue + phyta= plants) has recently been adopted for this division. The division was named Myxophyta (Gr. + phyton=a plant) previously. It includes a single class Cyanophyceae. Most of the characteristics possessed by the members of this division are similar to those present in the bacteria, therefore these are placed along with bacteria in Kingdom. Monera However, these are considered nearer to algae because of presence of chlorophyll-a and liberation of O2 similar to other algal groups. They are common called blue-green algae because of dominant blue photosynthetic pigment in their chromatophores. 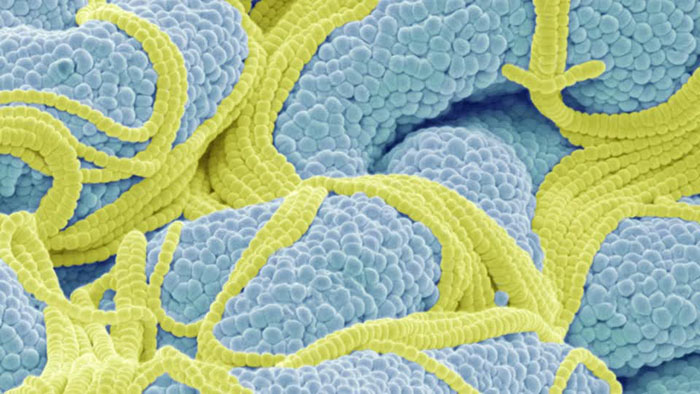 Some members such as Anabaena can fix nitrogen into nitrates. 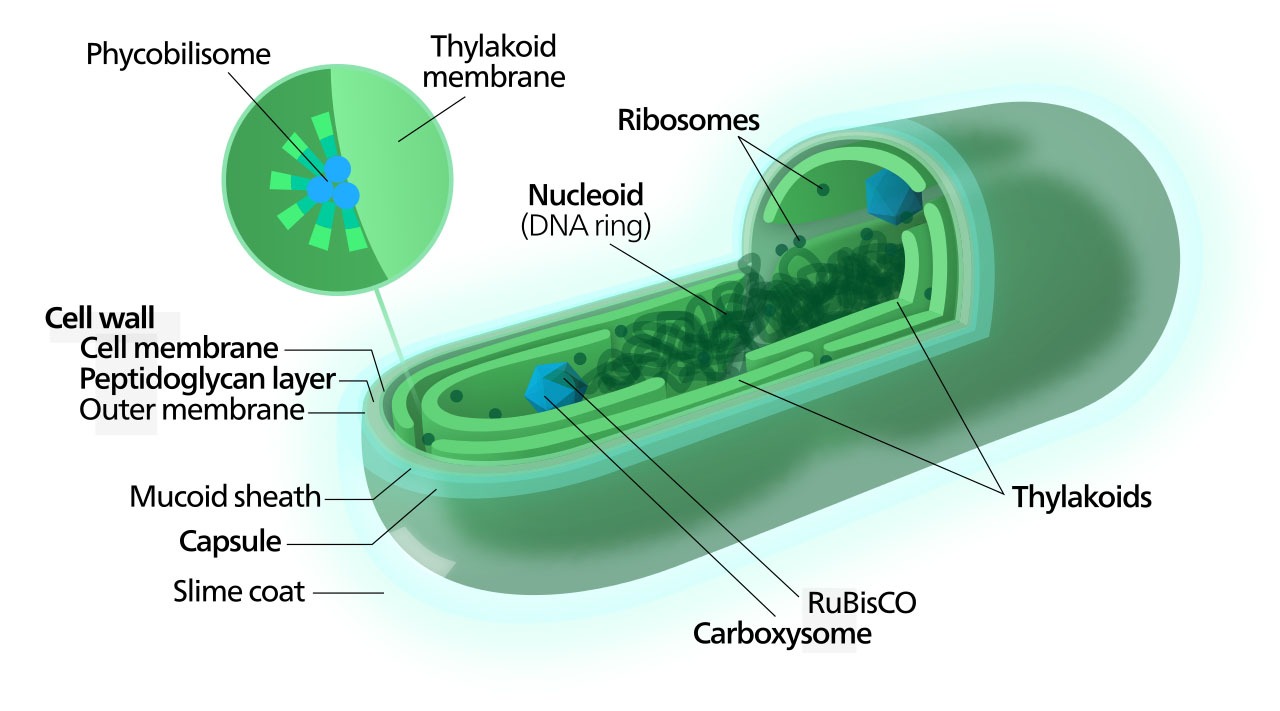 The most important economic aspects of blue-green algae are their role in nitrogen fixation and soil building.

Generally, algae utilize nitrates, ammonium salts and organic nitrogen as main source of nitrogen. Some species utilize ammonium ions and others nitrites. However, the members of Cyanophyta are capable of absorbing and fixing atmospheric nitrogen. This is called nitrogen fixation. The nitrogen is incorporated into the metabolic pathways as ammonia which is utilized in the synthesis of amino acids and proteins. The majority of the blue-green algae capable of fixing nitrogen have heterocysts in their filaments belong to Chroococcales, Nostacales and Stigonematales. A few non-heterocyst species like Oscillatoria princeps, Chlorogloea fristchii and Gloeocapsa sp have also been reported to fix atmospheric nitrogen.

In addition to beneficial roles, the blue-greens produce certain harmful roles as well. These include: