Difference Between Terrestrial and Aquatic Ecosystems

Terrestrial ecosystems are distinguished from aquatic ecosystems. An Aquatic Ecosystem is an ecosystem in a body of water. While the community of organisms and their environment that occurs on the land masses of continents and islands are Terrestrial Ecosystem.

Most of productively of aquatic ecosystem depends on the marine life. It mostly composed of algae and fishes. Most of photosynthesis was carried out by primitive algae and cyanobacteria.

Fresh water bodies also have some life. They also have zooplanktons and phytoplankton. Some primitive floating mosses were also present in these bodies. Consumers were zooplankton and some species of fishes and amphibians. 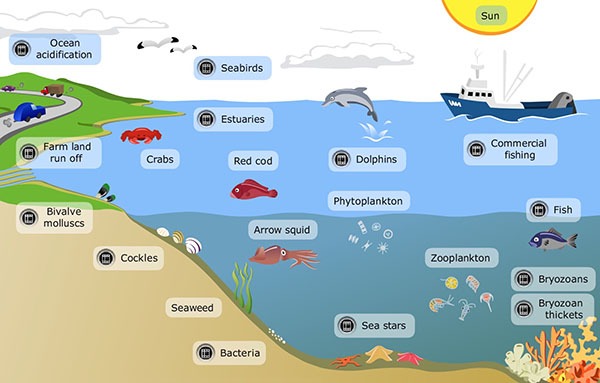 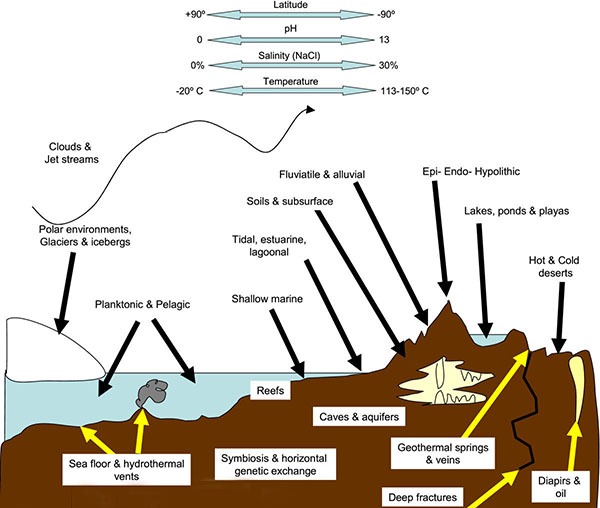 The first primitive seed plants, Pteridosperms (seed ferns) and Cordaites, both: groups now extinct, appeared in the late Devonian and diversified through the Carboniferous, with further evolution through the Perm and Triassic periods. In these the gametophyte stage is completely reduced, and the sporophyte begins life inside an enclosure called a seed, which develops while on the parent plant, and with fertilization by means of pollen grains. Whereas other vascular plants, such as ferns, reproduce by means of spores and so need moisture to develop, some seed plants can survive and reproduce in extremely arid conditions. 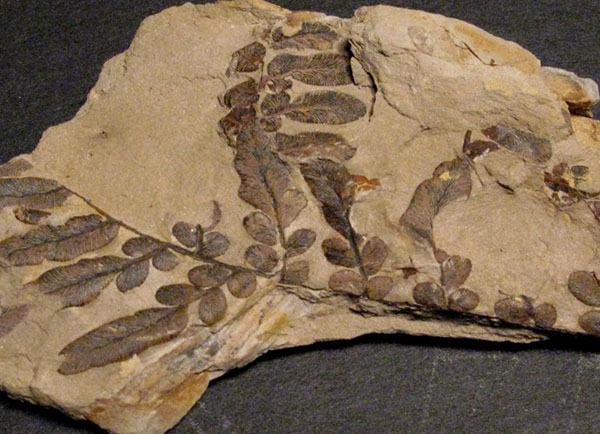 Early seed plants are referred to as gymnosperms (naked seeds), as the seed embryo is not enclosed in a protective structure at pollination, with the pollen landing directly on the embryo. Four surviving groups remain widespread now, particularly the conifers, which are dominant trees in several biomes. The angiosperms, comprising the flowering plants, were the last major group of plants to appear, emerging from within the gymnosperms during the Jurassic and diversifying rapidly during the Cretaceous. These differ in that the seed embryo (angiosperm) is enclosed, so the pollen has to grow a tube to penetrate the protective seed coat; they are the predominant group of flora in most biomes today. 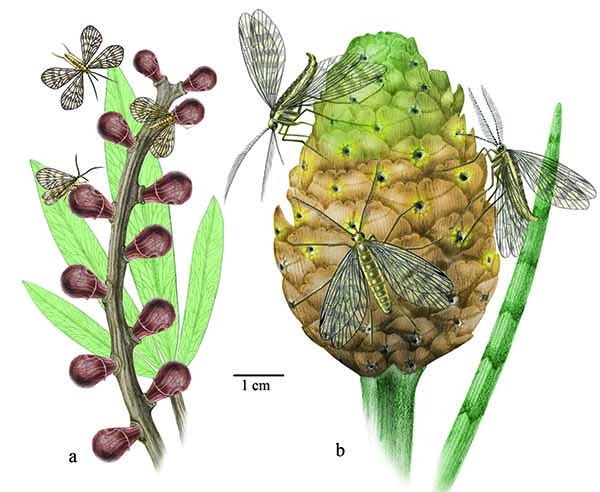