Ectocarpus is a brown alga. It is abundantly found throughout the world in cold waters. A few species occur in fresh waters. The plant grows attached to rocks and stones along coasts. Some species are epiphytes on other algae like members of Fucales and Laminaria. Ectocarpus fasciculatus grows on the fins of certain fish in Sweden. Ectecarpus dermonemcnis is endophytic. Ectocarpus carver and Ectocarpus spongiosus are free- floating. 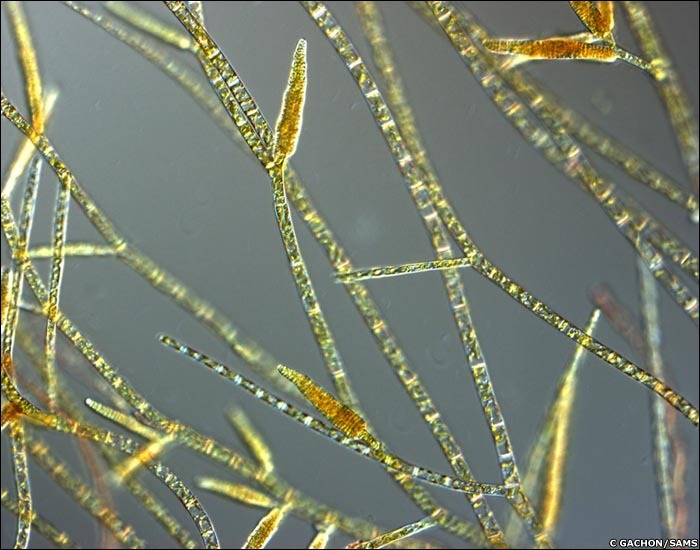 a) Prostate system: The prostrate system consists of creeping,

leptate, irregularly branched filaments. These filaments are attached to the substratum with the help of rhizoids. This system •enetrates the host tissues in epiphytic conditions. Prostrate system is poorly developed in free floating species.

13) Projecting system: The projecting system arises from the prostrate system. It consists of well branched filaments. Each °ranch arises beneath the septa. The main axis and the branches of the projecting system are uniseriate. In this case, rens are joined end to end in a single series. The branches terminate into an acute point to form a hair. In some species the older portions of main axis are ensheathed (corticated). This sheath is formed of a layer of descending rhizoidal branches. 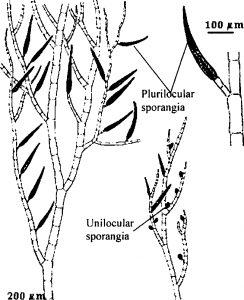 The cells are small. They are cylindrical or rectangt lar and uninucleate.