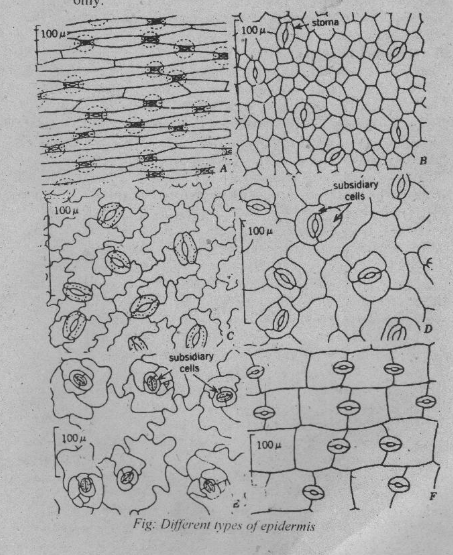 monocot throughout life. But in monocot. they disappear after secondary growth. 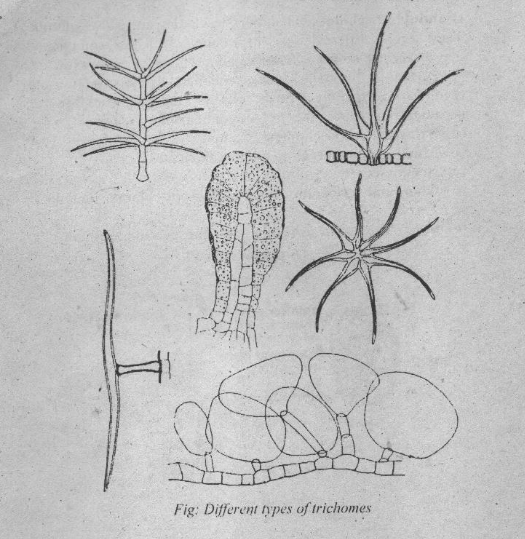 Frichomes are different types of appendages. Trichomes are commonly present on the surface of epidermis. They are present in the thrm of hairs, papillae and water absorbing roots, triehomes occur in all parts of the plant. Triehomes are often used as taxonomic character. The triehomes may be unicellular or multicellular. They may be glandular or nor-glandular. The scales or hairs may be peltate, tufted, stellate or branched. Hairs of the cotton seeds are unicellular.

1. Non-glandular trichomes: ‘FMy are simple hairs like. These hairs may be unicellular or multicellular. Such hairs are found in cotton.

3 Pai-acytic stomata: In this case. each guard cell is surrounded by one or more cells. The longitudinal axis of these cells is parallel to the guard cells and apertures. Example: onion