Ethylene, a growth inhibitor, is the simplest known olefin. It is lighter than air under physiological conditions. It is flammable and readily undergoes oxidation to ethylene oxide, and can be hydrolyzed to ethylene glycol. In most plant tissues ethylene can be completely oxidized to CO2. Ethylene is released easily from the tissue and diffuses in gas phase through intercellular spaces and outside the tissue. It is a compound of agriculture importance and stimulates fruit ripening in most of the plants. 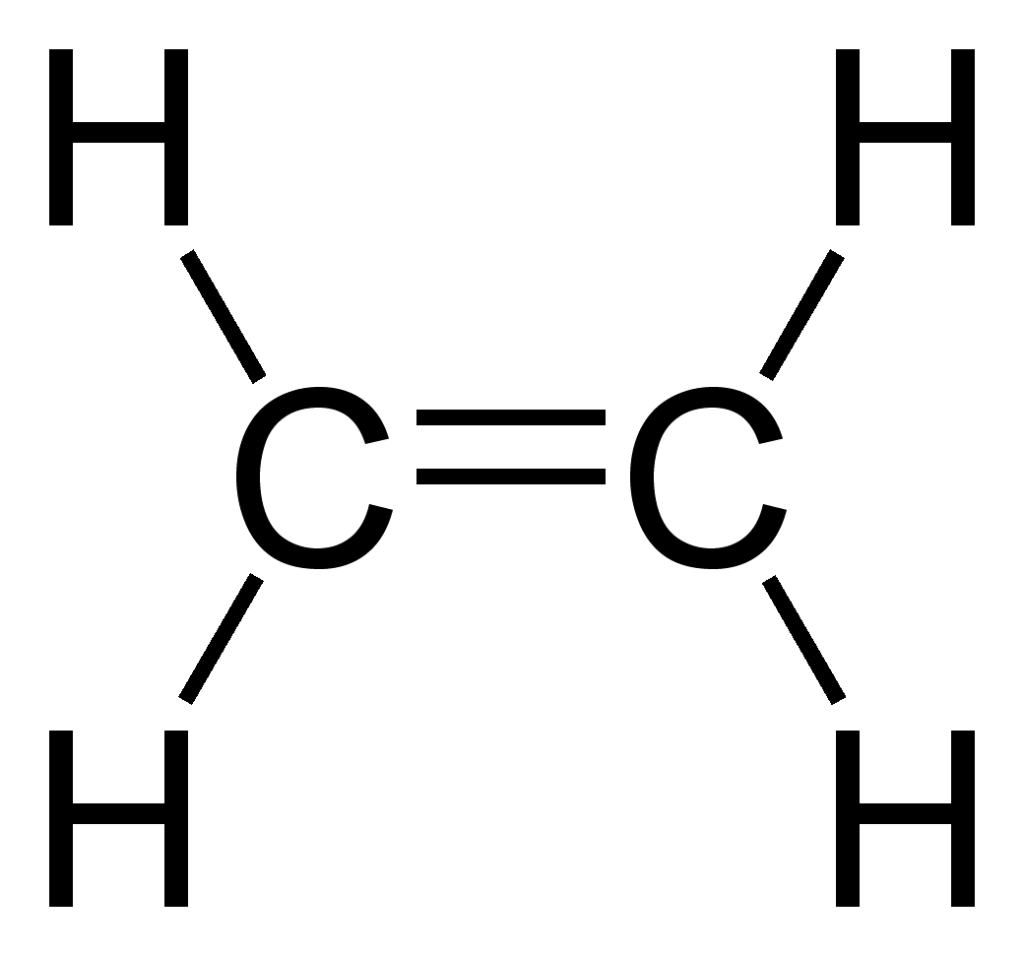 Applications of Ethylene in Agriculture
Since ethylene regulates many physiological processes in plant development, therefore it is widely used plant hormone in agriculture.
Ethylene has a high diffusion rate, because of its high diffusion rate ethylene cannot be used in its proper form, i.e., gas form in the field, therefore, ethylene releasing compounds such as ethephon (commercial name being ethylene) is sprayed in aqueous solution. Ethephon hastens fruit ripening of apples and tomatoes flowering and fruit set in pineapples and acceleration abscission of flowers and fruits.
Ethylene (ethephon) promoted fruit thinning or fruit drop in cotton, cherries and walnuts.
Ethylene is also used to promote female flowering in cucumber, to prevent self-pollination and increase yield, and to inhibit terminal growth of some plants in order to promote lateral growth and compact flowering.
Storage facilities can be developed by inhibiting ethylene production by creating a atmosphere containing low oxygen concentration and low temperature. Similarly, a high carbon dioxide concentration prevents ethylene action as ripening promoter. Low pressure is also used to remove ethylene from storage chambers thus reducing the rate of ripening and over-ripening.