The Rosaceae family consists of about 115 genera and 3200 species. The members of the family are worldwide in distribution. Such as Rose Gulab (Rosa indica). They are found in temperate and cold regions. The family is important for its valuable fruit plants and beautiful and fragrant flowers. 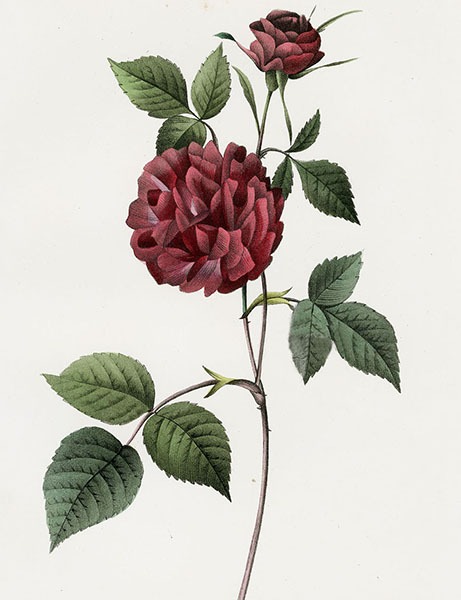 Herb. shrubs or tree, stipulate alternate simple or compound leaves, flower hermaphrodite, actinomorphic, hypo or perigynous. calyx 5 united, corolla 5 to many, stamen numerous, ovary is with single to many carpals.

A prickly climbing shrub. The flowers are a source of an essential oil, oil of roses. 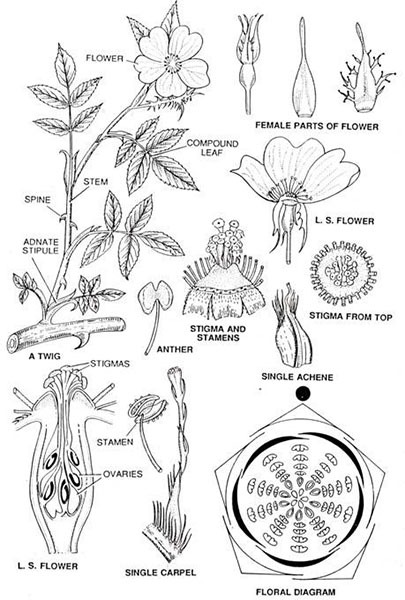 Economic Importance of the Family.

This cosmopolitan family is very rich in its contribution to the pleasure and welfare of mankind.

The petals of rose have a purgative property and are used in the manufacture of gulkand, a laxative.

Many kinds of scents obtained from various species of rose etc.

The root and bark of some plants are bitter and astringent.

Several members abound in an acrid waiery juice which is more or less narcotic in its effect in the animal frame-work. Among these, the most important is Conium (Hemlock) part of plant, especially the fresh leaves and green fruits contain a volatile oily alkali called coniine, which is so poisonous that a few drops soon prove fatal to small animals. It acts on the nervous system and is a valuable medicine in small doses in cancerous and nervous diseases. Several British species, especially of Oenathe, Cicuta and Aethusa are also poisonous and their fleshy roots are very deadly to all kinds of live-stock and have many times been fatal to man.