Following are the important genetic engineering exam questions and answers for exams, quiz and tests. Students can prepare these important questions. 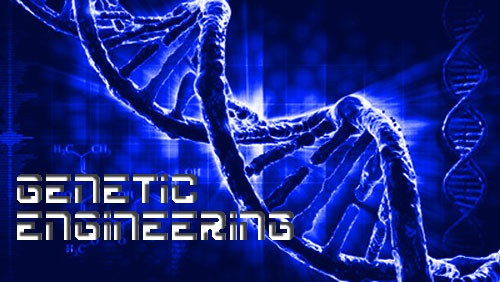 Ans: Its examples are production of human insulin through the of modified bacteria. Production of erythropoietin in Chinese Hamster Ovary cells. The production of new types of experimental mice such as the Onco-Mouse (cancer mouse) for research, through genetic redesign. genetic engineering exam questions and answers

Ans: The various fragments of a specific DNA are separated into different bands of distinct molecular weights by agarose gel electrophoresis.

Ans: Specific sequences of these bands can be identified by a technique called Southern blotting. In this technique, DNA restriction fragments present on a gel are denatured. They are blotted on a nitrocellulose filter. The filter is incubated together with a radioactively labeled DNA or RNA probe. These probes are specific for the gene under study. The labeled probe hybridizes to its complement in the restricted DNA. The regions of hybridization are detected autoradiography.

Ans: It is another method used to generate small DNA fragments. In this case. intense sonification of high-molecular-weight DNA is done with the help of ultrasound or high-speed stirring blender. This method is used to produce DNA fragments of a certain size range. genetic engineering exam questions and answers

Ans: Other source of DNA is synthesis of complementary DNA (cDNA). It is synthesized in test tube artificially by joining nucleotides.

Ans: Transformation of a cell with DNA from a virus is called transfection.

Ans: This method is eloped by John C Sanford and Theodore M. Klein of Cornell University in 1987. They introduced DNA into a plant tissue culture callus. They developed device called particle gun. This gun bombards a callus with microscopic metal particles. These particles are coated with DNA. genetic engineering exam questions and answers

Ans: Plasmids: plasmids are extrachromosomal DNA sequences that are stably inherited Escherichia coli and its plasmids constitute the most versatile type of host-vector system known for DNA cloning.