For many years after the discovery of auxin, plant scientists attributed all the development and plant processes taking place in plants to auxin. In 1950s another groups of growth substances, the gibberellins, was discovered. The main effect of the hormone was tallness in plants and chemically it was recognized as gibberellic acid (GA). Later many more, about eighty gibberellins were discovered and it was found that their synthesis and level is under genetic control. Thus, gibberellins are a large group of related compounds defined not by their biological action but their chemical structure, as some of these are biologically inactive. 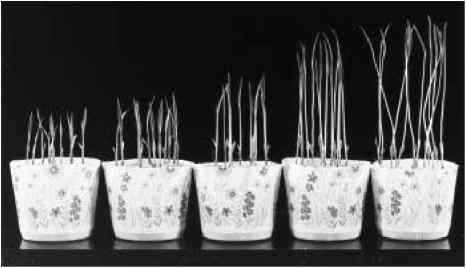