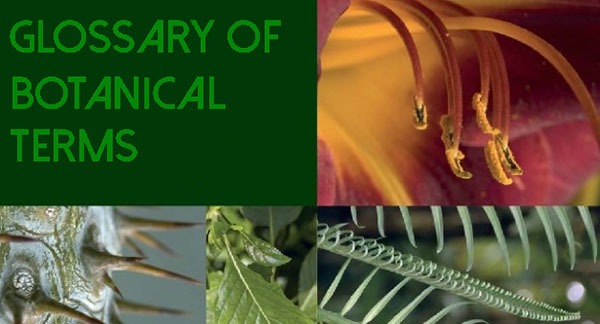 Diversity: The presence of variety of plants in the form of different taxas (specie, genera) is called diversity of plant.

Systematics: The study of kinds and diversity of organisms and the evolutionary relationships among them is called systematics or taxonomy.

Seed: A seed consists of an embryo packed ovule along with store of food within a protective covering.

Virus: Viruses are infectious particles consisting only of the viral genes enclosed in a shell made up of proteins.

Capsid: The protein shell that encloses the viral genome is called a capsid.

Capsomeres: Capsids are built from a large number of protein subunits called capsomeres.

Retroviruses: The RNA viruses which can convert their single stranded RNA into double stranded DNA are called retroviruses.

Epiphytes: These algae grow on the surface of other plants.

Endophytes: These algae live inside the other plants.

Ceonobia: Some colonies have definite number of cells. Such colonies are called coenobia.

Heterotrichous: The filament with prostate (horizontal) and vertical s stem are called heterotrichous.

Pseudo-Parenchyma: Sometimes, filaments are loosely grouped to from pseudo-parenchmatous body.

Coenocytic: The filaments without cross walls are called coenocytic filaments.

Phycobilins: These are phycocyanin (blue) and phycoerythrin (red).

Axonemes: Each flagellum is composed of axial filaments called axonemes.

Paradesmose: Basal bodies are connected with each other by transverse fibers called paradesmose.

Palmella: Sometimes, spores remain embedded in mucilaginous matrix. Thus, a rounded body is formed with many spores. This condition is called Palmella stage.

Hypnospores: In this case, cell secretes a thick wall and become rounded. It becomes hypnospores.

Akinetes: If the original wall of the cell becomes thick, it is called akinete.

Gonidia: The size of some cells increases. They become ten times larger. These cells are called gonidia.

Cingulum: The margins of the two valves are covered by a connecting band called cingulum.

Frustule: The two valves with their inner protoplasts are called frustule. botanical terms

Mycelium: the group or mass of hyphae is called mycelium.

Plectenchyma: The tissues composed of compact mass of hyphae are called plectenchyma.

Stromata: Some fungal tissues very hard. Fruiting bodies are formed on such tissues. These tissues are called stromata.

Endospore: the spores produced inside the sporangia are called endospores.

Conidia: The spore produced at the tip of hyphae outside the sporangia are called conidia.

Oidia: In some fungi, the hyphae break up into individual’s cells. These cells behave as spores. Such spores are called arthospores or oidia. botanical terms

Lichens: The intimate symbiotic association of fungi and algae is called lichens.

Paraphylls: The superficial cells of the stem give rise to paraphylls. Paraphylls are filamentous outgrowths. They supplement the photosynthetic activities of leaves.

Tubers: These are modified special underground branches. These are formed at the end of growing season. They remain dormant throughout the unfavorable conditions.

Bracts: The leaves adjacent to the sex organs are called bracts.

Stele: The vascular tissue is confined to the central region of the stem forming the stele.

Microphyllous: The sporophytes with small and scale like leaves are called microphyllous.

Megaphyllous: The sporophyte with large and prominent leaves is megaphyllous.

Phyllosporous: When the sporangia are borne on the leaves then the condition is known as phyllosporous.

Stachosporous: When sporangia borne in the axils of the leaves then the condition is known as stachyosporous.

Sporophylls: The leaves which bear the sporangia are called sporophylls.

Tapetum: One or two peripheral layers persist for the nourishment of the developing spores. These nourishing cells form tapetum.

Haplostele: The protostele in which xylem core is smooth and rounded is called Haplostele. botanical terms

Solenostele: This is a type of siphonostele in which the gaps of different leaf traces do not overlap. Only one is present in the main cylinder.

Dictyostele: This is a type or siphonostele in which different gaps overlap with each other.

Polycyclic: The siphonostele in which two cylinders of vascular tissue are present in the stele is called polycyclic.

Protoxylem: In this case, the tracheids are annular with spiral thickening. These tracheids elongates even after maturity.

Metaxylem: In this case, the thickenings on tracheids are scalariform in the form simple pits. They do not elongate after maturity.

Exarch: in this case, protoxylem is lying on the periphery of metaxylem.

Mesarch: in this case, protoxylem is lying in the middle of metaxylem.

Endarch: in this case, the protoxylem is lying towards the inner side of the metaxylem.

Rhizome: rhizome is underground part of stem. Leaves and roots are absent on rhizome. Rhizome develops rhizoids for absorption of water.

Trabeculea: The stele is separated from the cortex by a wide air space. These spaces have long radiating cells called trabeculae. botanical terms

Circinnate Vernation: The young leaves are coiled inward in the embryonic state. It is called circinnate vernation.

Transfusion Tissues: Transfusion tissues are present around. mid ribs. They cause lateral conduction in the leaf.

Spur: A dwarf shoot with its foliage leaves is called spur.

Umbo: The broader end of the ovuliferous scale has projection called th umbo.