How Does Wind Affect Plants

Air in motion is called wind. Wind affect plants directly by increasing transpiration, by delivering heat to relatively cool leaves or dissipating the heat load of isolated leaves, by causing various kinds of mechanical damage and by scattering pollen’s and dispersal of seeds and fruits. Wind plays important role as an ecological factor especially on flat plains, along seacoasts and at high altitudes in mountains. 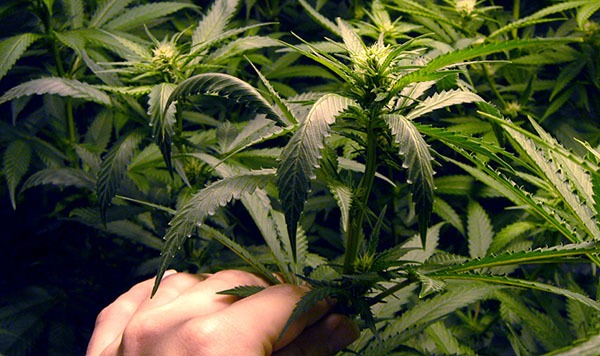 Wind removes the boundary layer of still air that covers the surface of a shoot preventing the diffusion of O2 from stomata and CO2 towards stomata.

The boundary layer accumulates heat by conduction over epidermis. The wind thins layer promoting, the dissipation of heat resulting in cooling of the leaf surface. The cooling effect of wind is detrimental in cold environment as it limits the physiological activity of plant.

Air in motion causes evaporation rapidly thus increasing the rate of transpiration. This results in desiccation because of removal of water from the tissues killing the leaves and twigs and injuring the fruits. The tall plants may become low and spreading as a result of wind action.

Turgidity helps the maturing cells of plant to normal sizes. The plant developing the influence of drying winds never attains turgidity that enable them to expand their maturing cells. As a result, all organs dwarfed because their cells attain subnormal size.

When developing shoots are subjected to strong wind pressure from a constant direction, the Form position of the shoot may become permanently altered. This is called deformation. Trees with inclined trunks are commonly observed on ridges. Some trees such as oaks grow flattened against the ground while in others the tree branches develop only in a leeward direction.

Lodging is a form of wind injury caused by violent wind in which the crop plants (wheat, maize and sugar cane) flattened against the ground. But if the stems are not too mature, the prostrated plants become partially erect once more by means of differential growth at the lower node.

Wind promotes breakage in plants. Trees with soft and brittle wood are to breakage. High winds uproot the trees. Single trees or groups of trees uprooted in a forest are often referred to as windfalls or wind throws. The leaves of leaved monocot such as banana are shredded by wind. They are torn between parallel veins. This lowers the photosynthetic capacity and reduces the crop yield.

Wind carrying particles of ice or soil is a very potent abrasive force. Bark and buds may be eroded away from the windward sides of woody stem. Crops grown on sandy soils are often damaged in this way.

Wind Pollination and Dispersal Along with Measurement (Anemophily) 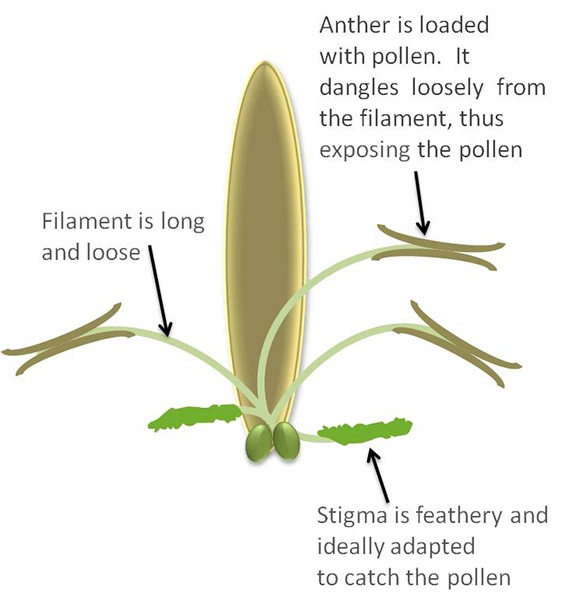 Wind is usually measured with a Robinson anemometer. It consists of a series of three or four horizontally rotating arms terminated by cups. The arms are fixed to a vertical shaft which operates a train of gears motivating a dial. If dial readings are used, only average velocities can be computer for the interval between readings, but electrical recording apparatus can be attached which records the time required for each mile of wind to pass This provides a much more useful index of velocities.

2017-12-10
admin
Previous: Adaptation of Plants to Temperature
Next: The Study of Interaction Between Organisms and their Environment