The molecules upon which an enzyme acts are called its substrate. For example, cellulose is broken down by enzyme cellulase, therefore cellulase is the substrate.

The active site of enzymes is a complex three dimensional-cavity into which the substrate molecule fits. At the active sites the enzymes work by lowering the energy of activation.

in this equation, it is assumed that combination of enzyme and substrate is reversible and

k1 = constant for formation of -ES;

k2= rate constant for the dissociation of ES

k3 = rate constant for conversion of S to P.

Michaelis and Menton are also credited with the first mathematical study of the relationship between substrate concentration and reaction rates. They introduced two particularly useful mathematical expressions that for any enzyme relate IS] to V (velocity) and permit quick comparisons of various enzymes catalyzed reactions. These two expressions are called Michaelis-Menton constant and Michaelis-Menton equation.

Two models were proposed two explain how Enzymes work and how active site of an enzyme selects its substrate out of thousands of molecules present in a cell.

Enzymes are highly specific in the reaction the catalyzed. Some enzymes catalyze the transformation of one particular type of substrate molecule or, at most a very restricted group of substrate molecules; some catalyzes only one type of chemical change. This degree of specificity distinguishes enzymes from other types of catalysts. The specificity 4 enzymes are due to the configuration of the active site. This idea was originally developed as the lock and key model hypothesis. The substrate is the key that fits exactly the enzyme lock. 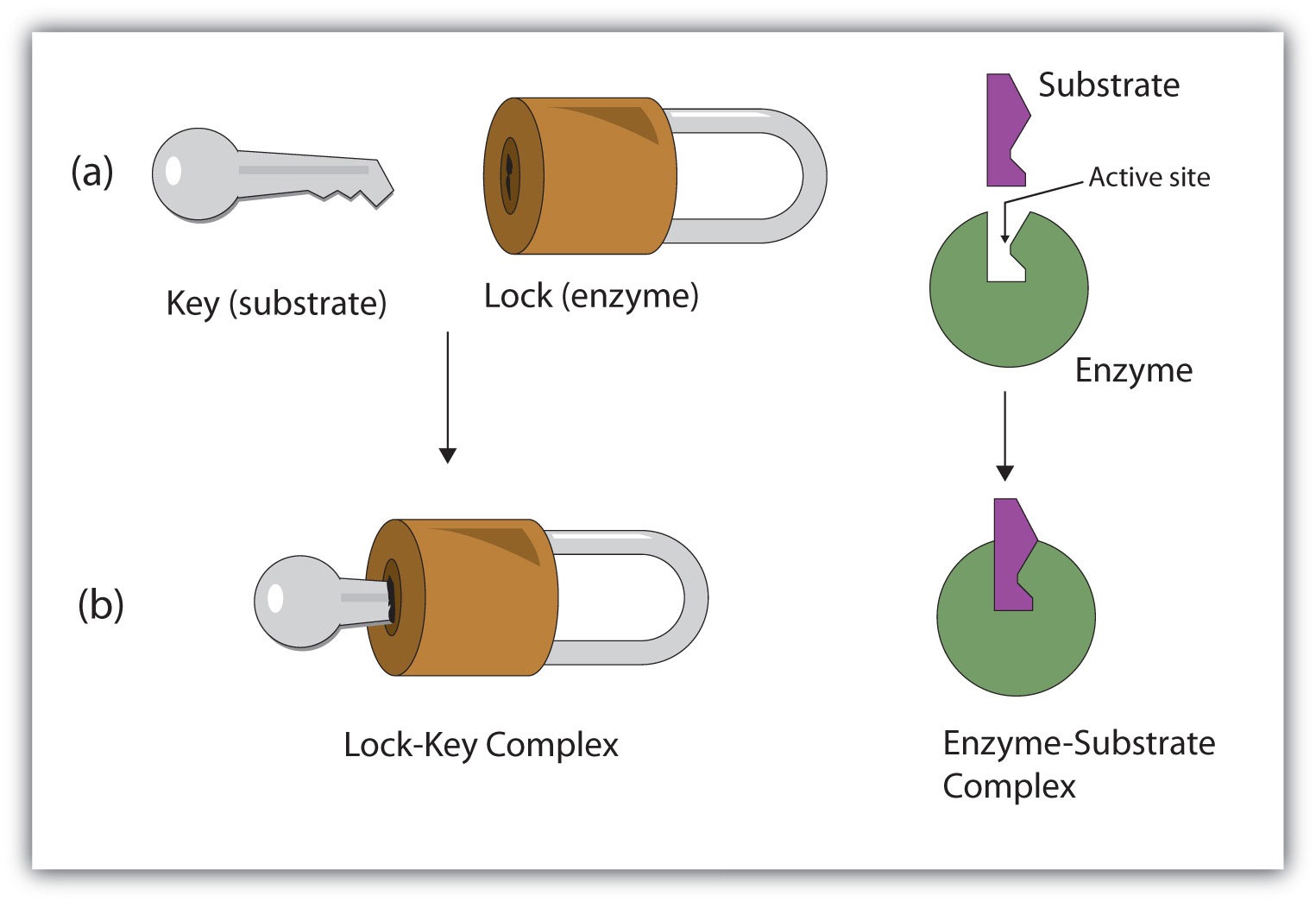 The lock and key model of enzyme action was proposed by Emil Fischer. According to this model the substrate has polar (positive and negative) and non-polar (hydrophobic) regions, therefore, it is attracted to and associates with active site which is complementary in both shape and charge distribution. The active site of enzymes can be compared to key and substrate to a lock. A specific key can open a particular lock, similarly a substrate having complementary shape and charge to the active site can fit into the active site, and is catalyzed by the enzyme. The lock and key model for enzyme action accounts for enzyme specificity, because that lack the appropriate shape or are too large or too small cannot be bound to the active site.

Evidence from protein chemistry suggests that a small rearrangement of chemical groups occurs in both the enzyme and the substrate molecules when the enzyme substrate complex is formed. It is suggested that strains of these changes may play a part in the catalytic process; it may help induce a chemical change. This suggestion, which is called induced fit model hypothesis, seems to offer a better model to explain enzyme action.

According to lock and key model of enzyme action the active sites are rigid and specific for a given substrate. Thus, reversibility of reaction cannot occur because the structure of the products is different from that of a reaction and these will not fit into the active site. But it was found that in number of cases compounds other than true substrates bind to enzyme, though they fail to form the end products. 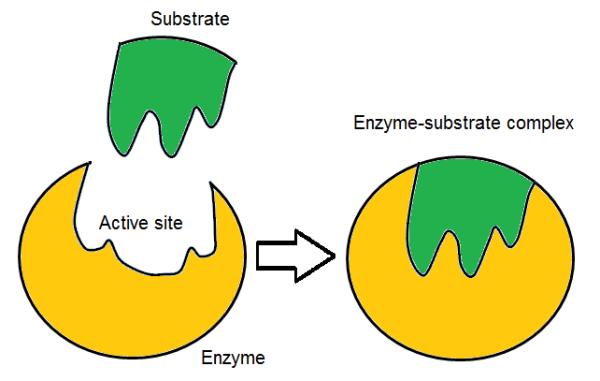