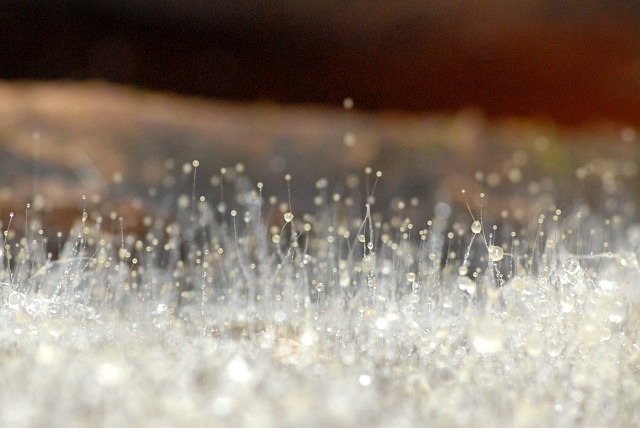 Minor is a genus of about 3000 species of moulds. . It is a common saprophytic fungus. It grows on dead organic materit I. It is commonly found in soil, digestive systems,plant surfaces,and rotten vegetable matter. In laboratory we can culture this fungus by keeping moist bread under bell jar for two or three days. The fungal mycelium looks like fine cottony threads on the surface of breads, pickles, shoes etc. Afterwards, it forms black spores. Therefore, it is converted into black mass. Thus it is known as black molds. Its common species is M mucedo. Colonies of this fungal genus are typically white to beige or gray and fast-growing. Colonies on culture medium may grow to several centimeters in height.

The mycelium is white, very fine profusely branched and intei woven. These are coenocytic. Each hypha consists of n umerous small nuclei. It also has glycogen and oil drop. These are embedded in grainular cytoplasm. The fungus is heterotrophic in their mode of nutrition. Certain hyphae (rhizoidal hyphae) secrete some enzymes. There enzymes convert insoluble carbohydrates into solublv sugars. These compounds are then absorbed by the hyphae.

The fungus Mucor may reproduce by vegetative, sexual or asexual means. 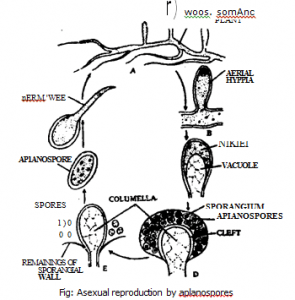 It is simply by fragmentation of hyphae. During the favourable cone ition the mycelium gives out some aerial hyphae known as sporangiophore.

nutrients and many nucleic are accumulated in tht. young sporangia. The protoplasm is accumulated just below the sporangial wall. Vacuoles are formed in the central region of the sporangium.