Mutagens are the substances or agents that induces heritable change led in cells or organisms. Mutagenesis is the processes that result in genetic change.

A mutation is any change in a cell or in an organism that is transmitted to subsequent generations. Mutations can occur spontaneously or be induced by chemical or physical agents. The cause of mutations is usually some form of damage to DNA or chromosomes. However, damage can occur in a segment of DNA that is a non-coding region and thus will not result in a mutation. Mutations may or may not be harmful. They may occur in either somatic or germ cells, Mutations that occur in germ cells may be transmitted to subsequent generations. There are two types of mutagens: Chemical and physical mutagens 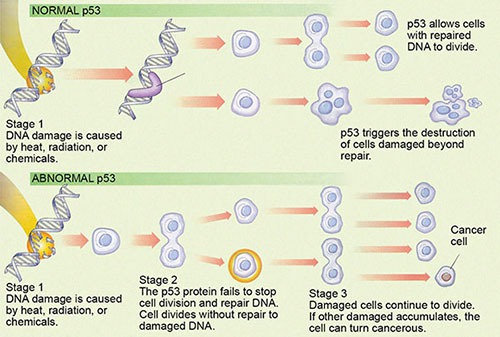 Mutagens And Their Effects 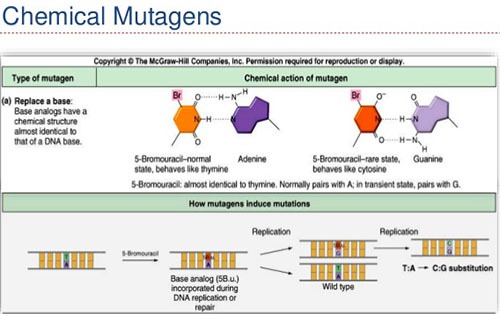 Ultraviolet Radiation (Non-ionizing Radiation): These radiations excite electrons to a higher energy level. DNA absorbs ultraviolet light. Two nucleotide bases in DNA – cytosine and thymine-are most vulnerable to excitation that can change base- pairing properties. UV light can induce adjacent thymine bases in a DNA strand to pair with each other, as a bulky dimer. 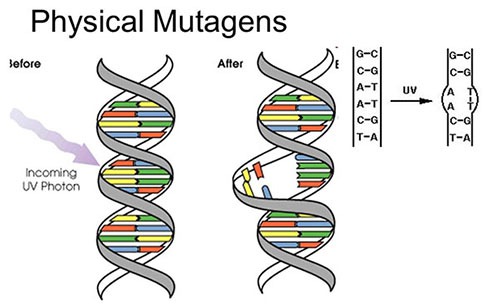 Ionizing Radiation: These radiations are X- rays, gamma rays etc. DNA has so-called hotspots, where mutations occur up to 100 times more than the normal mutation rate. A hotspot can be at an unusual base, e.g., 5-methylcytosine. Ionizing radiations attacks on these hotspot and break the DNA.

2017-09-28
admin
Previous: Characteristics of Kingdom Monera Which Are Prokaryotes
Next: Importance of Natural Selection in Evolution