Different Tissues with their brief explanation, their structure, their functions and their role is shown in the following diagram. 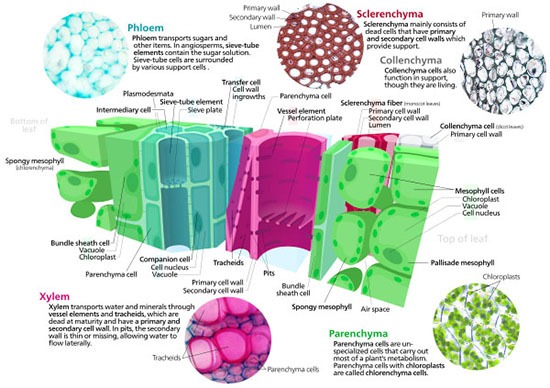 Simple Tissues: These tissues are homogenous in nature and are composed of structurally and functionally similar cells. These include parenchyma, Collenchyma and Sclerenchyma.

Complex tissues: Complex tissues are heterogenous in nature, i.e., these are composed of structurally and functionally different cells. These include Xylem & Phloem.

Secretory tissues: These tissues are structurally modified and organized to perform secretory functions. These tissues may occur as a single cell, in isolated groups or in masses. These may be external or internal in position. These include Trichomes and Glands, Hairs, Hydathodes, Oil Glands, Secretory Cells and Laticiferous tissues.

Parenchyma is a tissue composed of polyhedral living cells having thin walls and is concerned with vegetative activities of the plant. The individual cells of the tissue are called parenchyma cells. 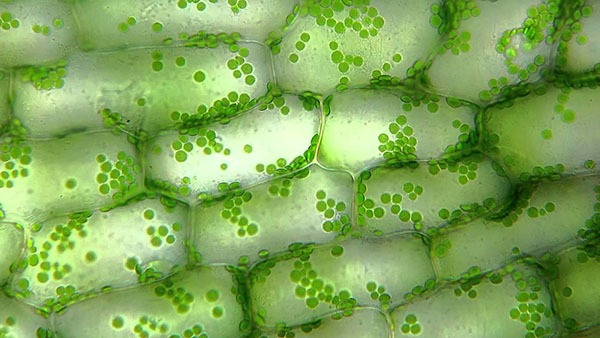 Elongated. Elongated parenchyma cells are found in palisade tissue of the leaf and in the medullary rays.

Lobed Cells. These cells are found in spongy mesophyll and palisade parenchyma.

Stellate. This type of cells found in plants with well-developed air-spaces, such as in Junica.

Orthic. A geometrically perfect, 14-sided polyhedron with 8 hexagonal and 6 quadrilateral faces is called Orthic Tetrakaidecahedron. The number and size of intercellular spaces affect the number of faces of a polyhedron. 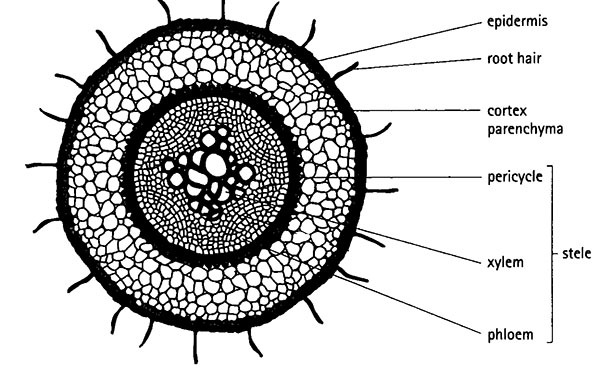 Assimilatory: parenchyma cells which take part in photosynthesis contain chloroplasts and form a tissue called Chlorenchyma. These cells have a single or many vacuoles.

Storage Parenchyma: Some parenchyma cells contain leucoplasts. Parenchyma cells may store reserve materials. Amides, proteins and sugars are found dissolved in cell sap, as in roots of sugar-beet. Starch, proteins and fats occur in cytoplasm in the form of small particles. Proteins, starch grains and oils are found in the endosperm and cotyledons of many plants. In succulent plants, parenchyma cells which store water are present. Such cells are large, thin-walled and have only a thin layer of cytoplasm.

Pseudo-parenchyma: These are thin walled and elastic and meristematic in nature.

Parenchyma tissue of the primary plant body, i.e., parenchyma of the cortex and the pith, of mesophyll of leaves and of flower parts, differentiates from the ground meristem. The parenchyma associated with the primary and secondary xylem is formed from pro-cambium and the vascular cambium. Parenchyma also rise from the phellogen in the form of phelloderm.

In plant’s body or in its organs, the cell wall parenchyma appears as ground substance in which other tissues such as vascular tissues are embedded.

The apical meristems and the reproductive cells are parenchymatous. These are also involved in the phenomenon of wound healing and regeneration.

The parenchyma is also precursor of the other tissues. The parenchyma cells bring about the functions of photosynthesis, assimilation, respiration, storage, secretion, excretion, etc., as they have living protoplast.

The parenchyma cells associated with xylem and phloem are connected with transportation of food and water.