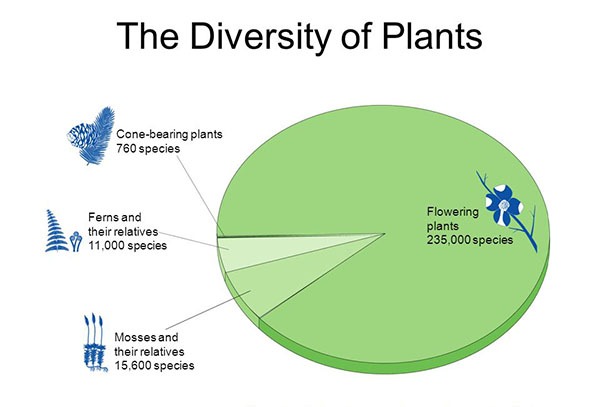 Ans. The presence of variety of plants in the form of different taxas (specie, genera) is called diversity of plant. Different plants have different morphology, physiology, cytology and anatomy. It produces diversity among plants.

Ans. The group of animals with similar characteristics forms a taxon. For example, Amaltas (cassia fistula) shows similarities with other cassia specie (cassia senna). Both have compound leaves and produce bean. Therefore, all such plants are placed in the same taxon. Moreover, Cassia also shares characters with Bauhinia verigata (Kachnar). So, they are place in the same family.

Ans. Carolus Linnaeus did not accept evolution. But still many of his groupings show evolutionary relationships. Morphological similarities between two plants have a genetic basis. It gives rise common evolutionary history.

Ans. The systematists have concluded on the basis of studies of ribosomal RNA that all life shares a common ancestor. They find that there are three major evolutionary lineages. Each of these lineages is called a domain. The domain is present above the kingdom.

Ans. These are prokaryotic microbes. They live in extreme environment such as high temperature rift valleys on ocean floor, or high-salt or acidic environments. All members of the Archaea inhabit anaerobic environments. These environments show the conditions on the earth at the time of origin. The Archaea are the most primitive life form,

Ans. A seed consists of an embryo packed ovule along with store of food within a protective covering.