It is a characteristics of plants, except for few unicellular plants such as Chlaymydomonas, that they do not exhibit movement of entire organism (locomotion). However, individual plant organs (stems, roots and leaves) exhibit movements. These movements are triggered in response to external environmental stimuli or by an internal timing mechanism, the biological clock. Therefore, these movements are also called plant responses. For example, when terminal leaflet of sensitive plant (Mimosa pudica) is touched, all leaflet fold rapidly, and the entire leaf droops. The plant responses are generally quite slow growth or turgor movements. Plants tend to adapt to new situation by modifying their growth.
Stimulus, Responses and Irritability
A stimulus is the change in the environment which produces an appreciable effect upon the living protoplast and bring about a visible reaction or response. The stimuli may be:
Mechanical that are caused by impact, friction and pressure, chemical caused by oxygen, or ethereal brought by light, heat or electricity wave. The response of a plant to the stimulus is the result of a fundamental property of protoplasm, the irritability or sensitivity, i.e., the ability to respond to a change in the environment. This property enables the protoplasm to adjust itself to environmental conditions. Most responses are either change in the turgor pressure of the cells, or in the form of differential growth, i.e., greater growth on one side and lesser on the other side of the plant organ.
Broadly plant movements are classified as:
Paratonic Movements: The movements induced by external stimuli, for example the movements of flower heads of sunflower in response to stimulus of sunlight.
Autonomic Movements: The movements induced by some internal timing mechamism, for example circumnutation, ciliary movements as a result of which whole organism moves from place to place, or cyroplasmic streaming that results in movement of cytoplasmic organelle.
Paratonic Movements 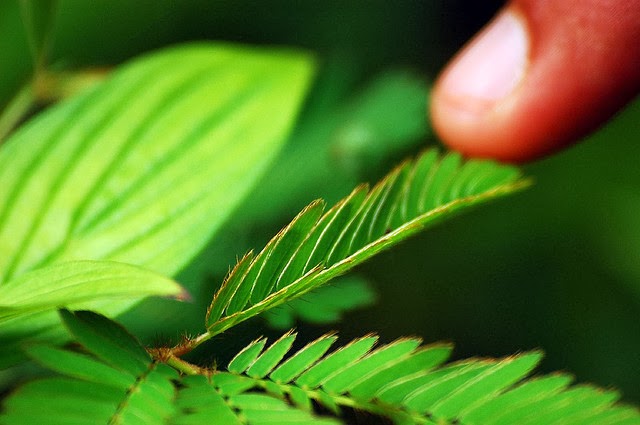