Plant varieties or variety is the population of plants that differ consistently from typical form of species, occurring naturally in a geographical area. In botanical nomenclature, variety is a rank below that of species: As such. it gets a ternary name (a name in three parts). The term is also applied incorrectly to forms produced in cultivation, which are called cultivars. A variety is indicated by a third Latin word (sometimes set off by the roman abbreviation. It follows the two-word term that indicates the genus and species. For example, Cotoneaster adpressus var. praecox. It is a more vigorous form of creeping cotoneaster than the normal one. Many plants that were considered varieties are garden plants. They are now considered as cultivars. 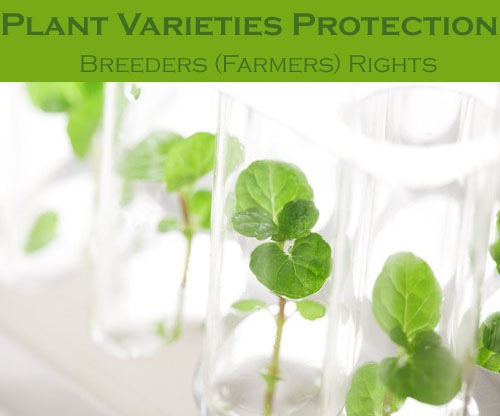 Farmers and growers use seed plants which are adapted to the environment in which they are grown and which are suited to the cultivation practices employed. Therefore, farmers and growers use a more precisely defined group of plants, selected from within a species, called a “plant variety”. The UPOV Convention’s definition of a plant variety starts by stating that it is “a plant grouping within a single botanical Taxon of the lowest known rank.

A “plant variety” is a legal term, following the UPOV Convention. Recognition of a cultivated plant as a “variety” (in this sense) provides its breeder with some legal protection. It is called Plant Breeders Rights, depending to some extent on the internal legislation of the signatory countries.

Note that this “variety” (which will differ in status according to the local law of the land) should not be confused with the international:

Rank of variety (regulated by the ICBM)

Cultivar (regulated by the ICNCP).

New variety is developed by some breeder. Breeder can be a farmer and has a copy right or intellectual property right over new variety. According to UPOV (International Union for the Protection of New Varieties of Plants) a new variety has following characteristics:

According to UPOV, a breeder is the person who bred, or discovered and developed, a variety. the person who is the employer of the aforementioned person who has commissioned the latter’s work.

This simple definition contains some important information concerning the UPOV system. The breeder, a natural or legal person, might be a plantsman, a farmer, a company or a scientist.

Requirement for a Plant as New Variety

A variety shall be granted protection or copyright if it is: