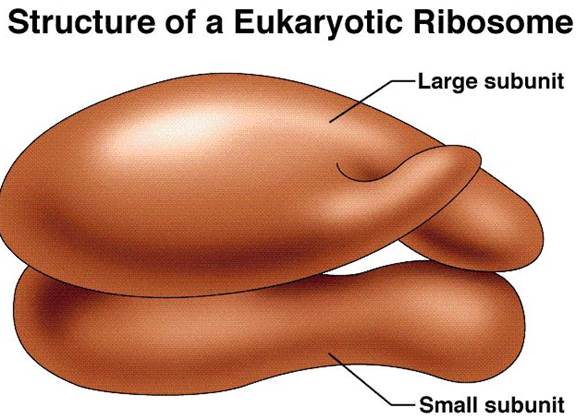 Ribosomes contain equal amount of proteins and rRNA. So they are also known as ribonucleoprotein. The protein contains a large number lysine and arginine amino acids. These amino acids contain positive charges. It makes the ribosome strongly negative. There are four rRNAs molecules in eukaryotic ribosomes. 18S r RNA is present in small unit of ribosome, 20S, 2.8S and 18S rRNAs are present in larger subunits. The prokaryotic have only three molecules of r RNAs.

Bound Ribosomes: They are attached to  the outside of the endoplasmic reticulum. The proteins of bound ribosomes are stored in the inclusion of membranes. Or these proteins are exported from the cell. Some cells specialize in the protein secretion like pancreas and other glands. These cells secrete digestive enzymes. They have a high proportion of bound ribosomes. 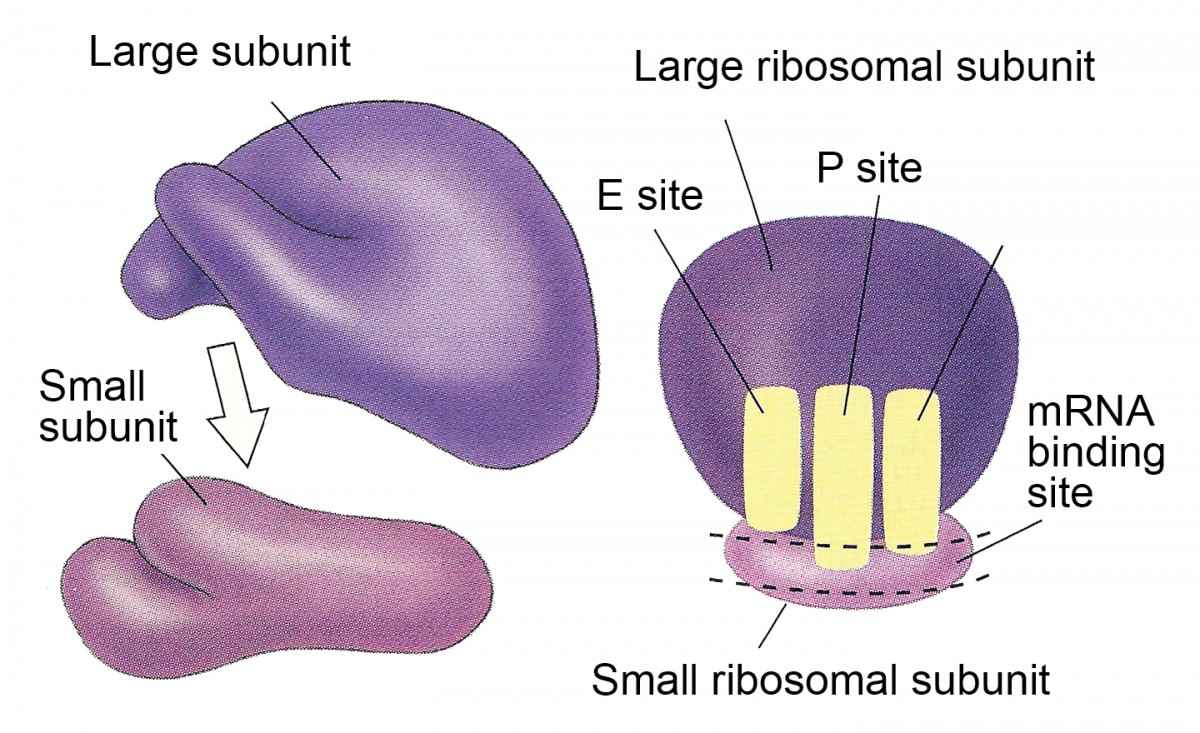 The structure of ribosomes may be 23nm. Bound and free ribosomes are structurally identical and interchangeable. The cells can adjust the numbers of ribosomes. Each ribosome has two subunits. The larger subunit is 60S and smaller subunit is 40S in eukaryotic ribosomes. Both ribosomal units joins by Mg++ ions to form functional 80S ribosome. The prokaryotic ribosome is 70S with subunits. The larger subunit is 50S and the smaller subunit is 30S. The ribosomal subunits are constructed in  the nucleolus from RNA in eukaryotes. The rRNA is produced in the nucleus. Protein is imported from the cytoplasm. During protein synthesis, several ribosomes are attached to the same mRNA. It forms a structure called polysome. Thus single ribosome is translated many times.

The ribosome plays a key role in translating the genetic message. This genetic message is carried by mRNA from the nucleus to the cytoplasm. This message is translated in the ribosomes. It forms specific primary structure (amino acid sequence) of a polypeptide chain.