Role of Genetics and its Importance in Variability

Genetics and genetic engineering has played an important role in improvement of plant production. There are following role of genetics in plant improvement. 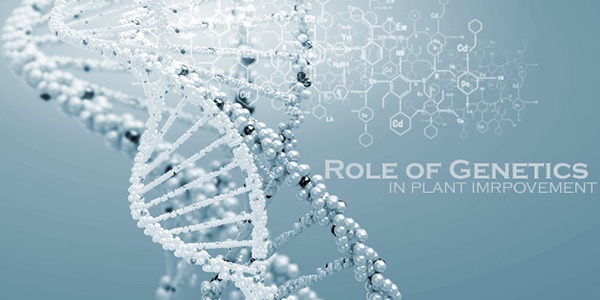 Role of Genetics in Production of Polyploid Crops

The techniques of genetics for producing polyploid crops have improved the yield of crops. Today most of major crops like wheat, corn are polyploid. Wheat is hexaploid. It has increased the yield of wheat. The new varieties of wheat introduced the concept of green revolution. Green revolution has dramatically improved the production of grains. Thus, it reduced hunger and fatigue on the earth.

It is a traditional technique. The crossing of different varieties of plants species is called hybridization. Hybridization is used to produce plants with desirable traits. Vegetative propagation is performed on hybrid plants. It produces large number of identical plants with these traits.

The plants with foreign DNA are called transgenic plants. Many new genes are introduced into different types of -plants. It has introduced many new characters in plant. It helps a lot in improving the yield and quality of crops. In 1999, transgenic crops were planted on 70 million acres worldwide. The acreage is expected to triple in five years.

Role of Genetics in Producting Insect and Herbicides Resistant Plants

Improvement in Quality of Food

(a) Transgenic soybean is developed. This soybean produces monounsaturated fatty acid oleic acid. It is a big change. It can improve human health.

Genetic engineers have developed a salt tolerant plant Arabidopsis. It has following steps:

(a) The scientists identified a gene coding for channel proteins. These proteins transport Na+ and H across a vacuole membrane. Na+ ions are stored in a vacuole. Thus Na+ does not interfere into plant metabolism.

(b) The scientists cloned the gene and used these genes in genetically engineered plants. These plants overproduce the channel protein.

(c) The modified plants grow well in water with a salty solution. Irrigation causes salinization of soil. It reduces crop yields. Today crop production is reduced by 50% of due to salinization. This problem is solved by producing salt tolerant crops. Production of salt, drought and cold tolerant crops can increase the agricultural yields. It will reduce the need of more farm acreage. It will provide enough food for world population. The population expected to be become nearly double by 2050.

Genetic Engineering is trying to increase productivity. Following steps are taken for this purpose:

(a) C4 cycle is being introduced into the rice. The C4 cycle uses a different method of capturing CO2. So C4 cycle reduces the inefficiency of RuBP carboxylase.

(b) The structure of stomata can be changed. It can increase carbon dioxide intake or cut down water loss.

(c) It can increase the efficiency of the enzyme RuBP carboxylase, RuBP captures C02 in most plants.

Production of Human Products from Plants