Self Pollination And Its Types 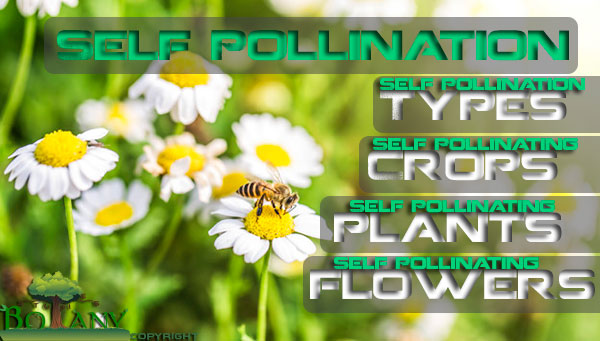 Self pollination is defined as the transfer of mature pollen grains from the anther of flower to stigma of same flower or to that of another flower of the same plant. So, this whole process is termed as Self pollination or Autogamy (auto – self, Gamos – marriage). For example in Pea, Cotton or “Tomato.

The self pollination is mainly divided into two types. The first one is termed as Homogamy (homos – the same) while second one is called Cleistogamy (Kleistos – closed). The cleistogamy is also known by another name closed flower.

How Does Self Pollination Occur

Homogamy Definition: This is the condition in which the anthers and stigmas of bisexual flower mature at the same time. Self pollination in homogamous plants may occur in the following ways:

(i) A gentle breeze might shake the mature anthers which then shed their pollen grains onto any ripe stigma situated below them.

(ii) Insects may visit the flower for its nectar and carry mature pollen grains mature stigma of the same flower.

(iii) As the anther mature, the filaments of the anther recoil and bring the anthers close to the stigma. The anthers then burst and discharge their pollens right on the surface of the stigma, bringing about the self pollination, as in Mirabilis jalapa (Gul-e-Abbasi).

The reverse is also true in some cases, e.g., in some members of Compositae and Malvaceae. The stigmas themselves may bend over and come into contact with the anthers. 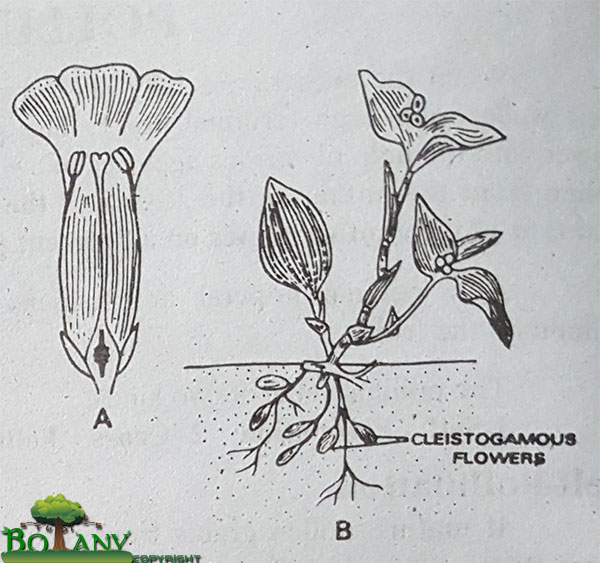 Cleistogamy Definition: Some small, inconspicuous bisexual flowers never open at all. They are known as Cleistogamous or Closed Flower. Ripe pollen grains are discharged onto the stigmas. The both anthers and carpels ripe at the same time. This condition is called Cleistogamy.

Cleistogamy is generally accompanied by Geocarpy (Extremely rare plant reproduction in which the fruit formation is underground means inside the soil. The fruit production and ripening is under the ground). In such cases the cleistogamous flowers arise on underground shocks.

Cleistogamous flowers are without color and they do not secrete nectar. Cliestogamy is found in some species of Imaptiens, Oxalis, peanuts, peas, pansy, grass family and a cleistogamous plant known as Viola etc. 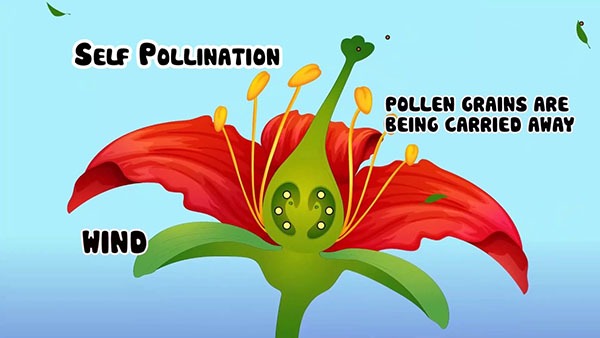 Advantages and Disadvantages of Self Pollination

Disadvantages of Self Pollination