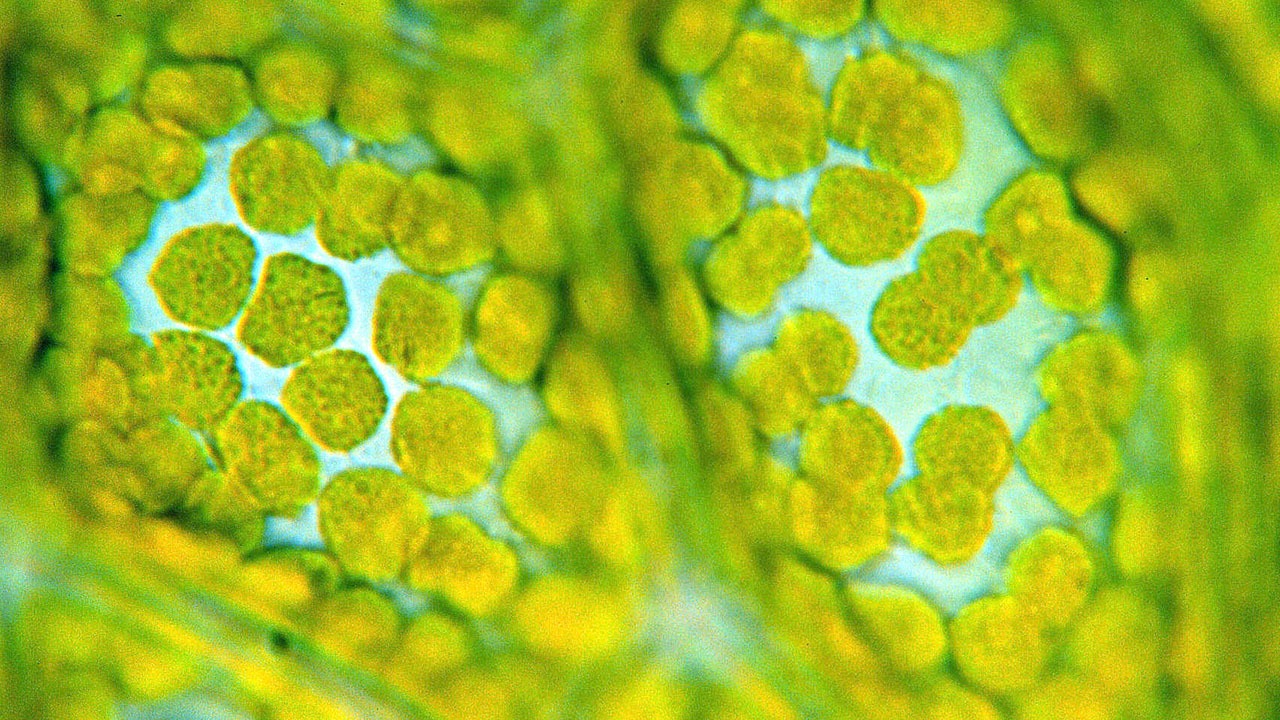 The algal thalli are formed of two types of cells:

The cells in which, the nucleus is not surrounded by nuclear membrane. The DNA is in the form of a nuclear body. The photosynthetic pigments are organized in membranous sacs, the thylakoids. The mitochondria, Golgi complex, and endoplasmic reticulum are absent. The cell wall is formed of a lipo-proteinaceous complex. These cells are characteristics of Cyanophyta (blue-green algae). 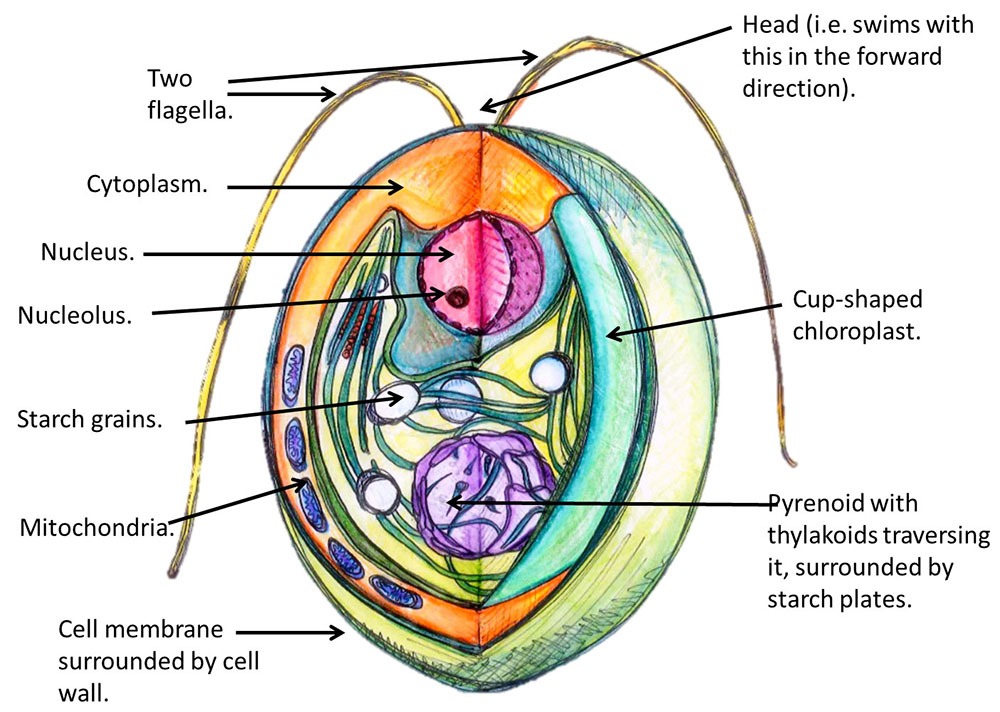 The color of algal thallus varies in different divisions because of presence of characteristic chemical compounds called pigments. The main algal pigments are chlorophyll, carotenoids and phycobilin’s. These are used to classify algae since a particular color dominates in each division.

Five different kinds of chlorophylls, a, b, c, d and c, are found in algae. These provide green color to the thalli, for example in division Chlorophyta and Charophyta.

The carotenoids are a group of about 60 different kinds of yellow, green, brown, orange and red pigments. These are divided into two main groups:

Carotenes: These are long chain, fat soluble, unsaturated hydrocarbons(C40H56). Five different kinds of carotenes have been recognized so far. These are alpha-, beta-, -e, -Y and Lycopene. These provide characteristic color to members of Bacillanophyta and Rhodophyta.

These are tetrapyrrolic compounds joined to globulin proteins. They are water-soluble and provide red (red algae or blue color (blue-green algae) to the thalli. The most common phycobilin’s among algae are phycoerythrin’s r and c, and phycocyanin’s r and y.

2017-07-28
admin
Previous: General Characteristics of Algae
Next: Reproduction in Algae