Temporal and Spatial Variations in Intensity of Light

Light varies in intensity, (i.e., temporal and spatial variations) duration and quality (proportions of red, yellow, blue, etc.) These variations are important in plant ecology; however, the intensity and duration of light is more important since it difficult to interpret the effect of quality of light for practical reasons. 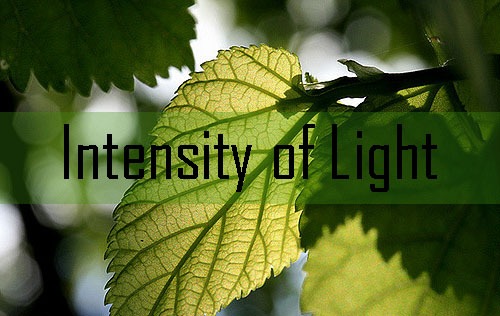 The intensity of light exhibits spatial and temporal variations. These variations are as follow:

Light intensity is affected by spatial factors such as atmosphere, layers of water, suspended particles, layers of vegetation, topography and latitude.

Atmosphere: Atmospheric mainly nitrogen and oxygen, absorb and disperse a portion of shorter wavelength of light as it passes through atmosphere. The higher the elevation of a surface above the sea level, the layer of air becomes thinner and intensity of light increases. Similarly, water vapors also screen the light, therefore intensity of light is much greater in humid climates and low in cloudy and foggy areas.

Water Layers: Much of the light is absorbed by upper water layers and part of it is reflected back at the water surface, therefore submerged plants (growing under water) receive low intensity of light. The intensity of light decreases with increase in depth of water layers. In perfectly clear water light penetrates up to 18 meters only. temporal and spatial variations 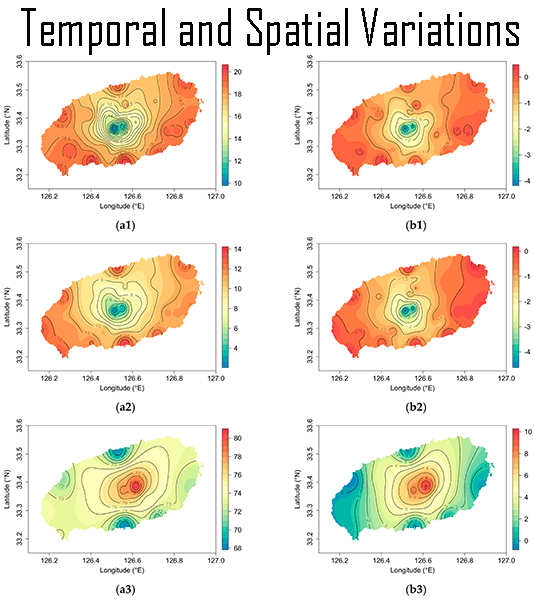 Suspended Particles: Solid particles dispersed in the air (dust, smoke) or in water (clay, silt, plankton) screen light. Turbidity in streams affect the penetration of light. Similarly smoke cuts off about 90% of the light. Also smoke particles accumulate on photosynthetic surfaces and cut down light penetration to chloroplasts.

Layers of Vegetation: Canopy reduces the penetration of light as the leaves reflect about 10% of the light reaching them. The reduction of light by canopy is very important ecologically because other factors such as wind, relative humidity, soil moisture and temperature vary with reduction in light intensity.

Topography and Latitude: The direction and slope of the land surface cause variations in intensity and daily duration of light. On steep pole ward slopes direct sunlight lacks at noon and intensity of light is weak. At low latitudes the sunlight is blight as compared to high latitude. temporal and spatial variations

The light intensity decreases at sunrise, sunset and in winter because the waves travel e long distance through the atmosphere and most light, especially the shorter wavelengths, is absorbed. At sunrise when the is at horizon the rays pass through approximately 20 times the thickness of air they have to penetrate when the sun is overhead. At midday the direct sunlight furnishes about 83% of the available energy and get weaker at sunset. temporal and spatial variations

Daylight prevails for about 12 hours out of every 24 in both summer and winter towards poles the length of the day becomes increasingly longer than 12 hours in summer and increasingly shorter than 12 hours in winter. illumination in micro-climates fluctuates hourly. Under a canopy of vegetation, the movement of leaves by the wind and changing angle of the sun result in wide variations in the amount of light energy received at a given point. Thus, the light intensity at leaf surface may rise abruptly for a few minutes and then drop. In aquatic ecosystems, the turbidity of water and effect of plankton affect the light penetration and its intensity.

2017-11-21
admin
Previous: Role of Light in Ecology
Next: Ecophysiological Responses of Plants to Light