Many theories were put forward on basis of evolution (such as theory of Inheritance of Acquired Characteristics Jean Baptiste Lamarck), how organisms evolve according to time by the environmental changes or organisms modify themselves in order to survive. 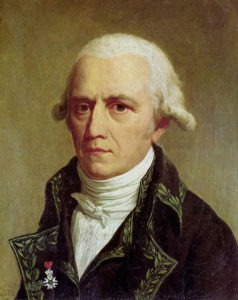 Jean Baptiste de Lamarck (1744—1829) was a French zoologist who gave Theory of Inheritance Acquired Characteristics. He studied animal classification. He gave a theory how change occurs. He believed that species are not constant. Therefore, the existing species were derived from pre-existing species.

Lamarck explained the mechanism of evolutionary changes. He proposed the theory of inheritance of acquired characteristics. Lamarck believed that organisms develop new organs or modify existing organs due to environmental problems. Thus, the organs change according to need. Lamarck used the example of the giraffe. He described that the ancestral giraffes had short necks like other mammals. It strains his neck to reach higher branches during browsing. Thus, it acquired higher shoulder and longer necks. Then modifications were passed on to the next generation. The use of any organ makes it highly developed. The disuse of an organ causes degeneration. Therefore, it can describe the evolution of highly specialized structures like vertebrate eyes. 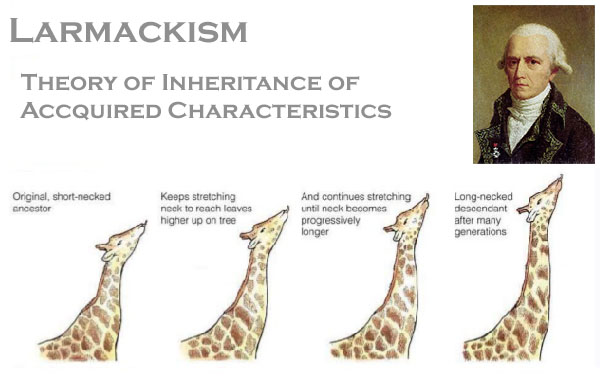 Criticism and Objections on the Theory of Lamarck

Lamarck published his theory in 1802. He had to face the social and scientific criticism. Society was not accepting his ideas of evolutionary changes. He did not have much evidence to support it. So, this theory could not convince most scientists. Thus, Lamarck was much criticized for ideas of evolutionary change at that time. Today, he is criticized for his mechanism of inheritance and evolutionary change. This mechanism lack reasonable evidences. The changes are passed to the next generation by gametes. For example, change in neck of giraffe does not occur in genetic material. So, it cannot be transferred to the next generation.