The removal and carrying away of soil particles b wind is wind erosion or soil blowing.

It is essentially a dry weather phenomenon and is accelerated wherever the soil is loose and dry. Wind erosion mainly occurs near the ground and is influenced directly by wind velocity. 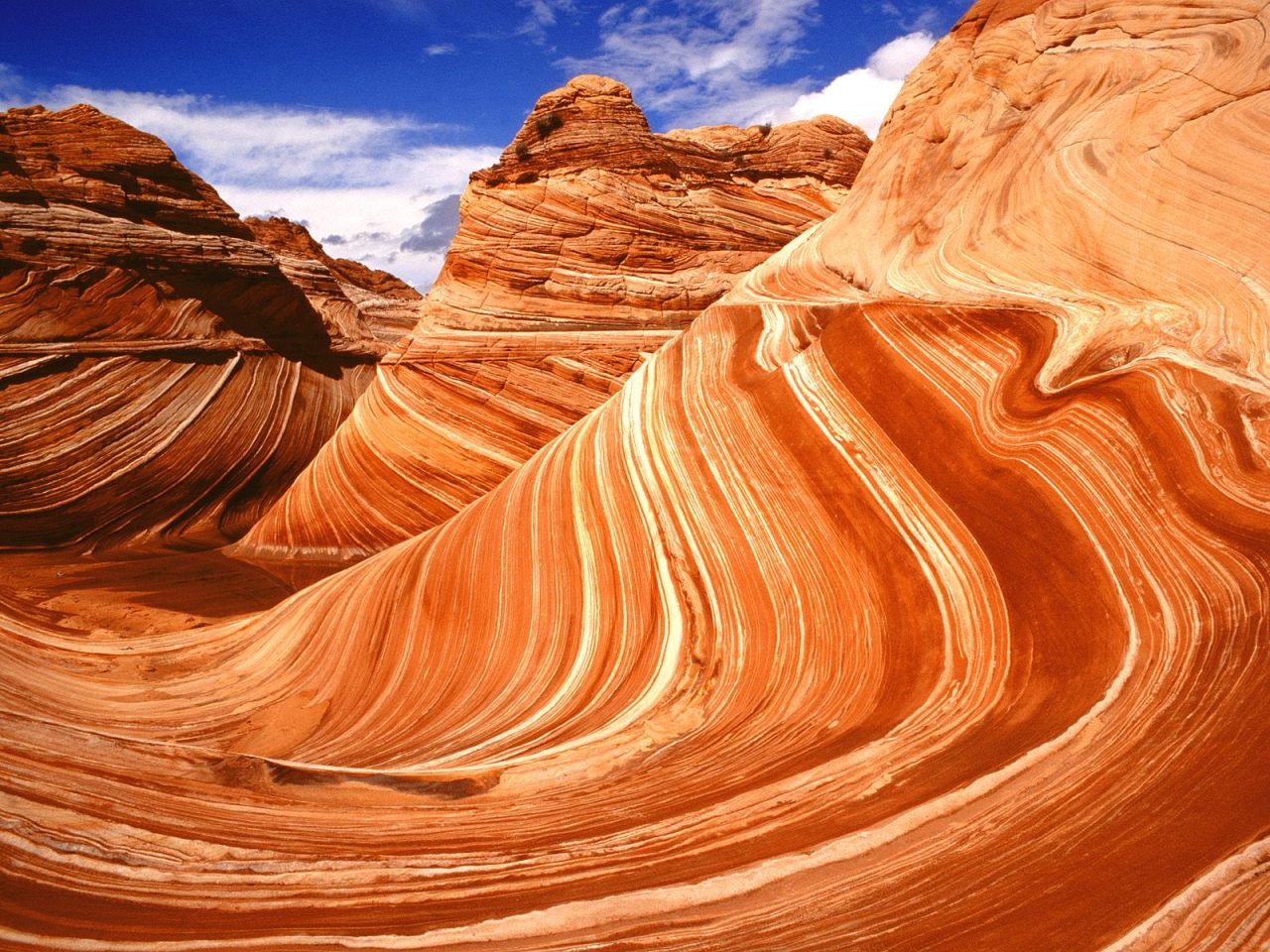 Direct pressure of wind causes soil particles to collide with other particles, as a result the soil particles are pushed along the surface of the ground and then suddenly leap vertically. This is saltation.

The rise depends upon the velocity of the wind, some grains rise only a short distance leap 30 cm or more. Once saltation begins, the erosion is accelerated by saltating particles.

Very fine dust particles rise when the soil is bombarded by the saltation movement and are carried by wind in suspension.

The suspension can be seen during dust storms. Suspension may move 3 to 36 percent soil loss by wind erosion. It has been estimated that 4.2 km3 of the atmosphere can carry 114.3 million kg of soil. The soil particles carried in suspension are deposited as sediments in the depressions and behind the ridges and other obstructions.

On an unprotected large field, the rate of flow increases with distance to lower side. This acceleration of soil flow with increase in distance is called soil avalanching.

The soil particles carried by gentle wind in spiraling manner are called whirlwinds.

The word dune is derived from the English word Dun emphasizing hilly character of topography. The formation of sand dunes depends upon a prevailing moderate wind, plenty of sand and an obstacle like rock that acts as nucleus around which sand may be slowly collect. The sand dunes are highly deficient in organic matter and moisture.

Soil blowing has become a major problem in arid and semi-arid regions of the country. The greatest damage by wind erosion occurs during summer season in dry regions where soil surface is bare and wind velocity is at its peak. soil movement can be prevented reducing wind velocity at the ground surface. Increasing the size of soil aggregates, trapping the saltating soil particles, and keeping the soil moist, Various methods applied to control wind erosion ere:

Windbreaks and shelterbelts are row or rows of shrubs and trees planted in the direction of wind which act as obstructions. These absorb much of the force of the wind and reduce its velocity.

A windbreak is barrier for protection from winds commonly associated with homestead garden.

A shelterbelt is a longer barrier then a windbreak consisting of shrubs and trees for the protection of field crops and conservation of soil. Windbreaks and shelterbelts are important measures against wind erosion. They help protection of crops and rangelands and change of climate. Also, there are used effectively to stabilize sand dunes. The tallest tree may be planted in the middle row and smallest trees or shrubs planted in the end rows of windbreaks. Species recommended to dry region include: Acacia arabica, Albizzia lebbek (shrin), Azadirachia indica (neem), Dalbergia sissoo (shisham), Eucalyptus rostrate (safeda), Prosopis specifier, Tamarindus indica (imli), Ziziphus spp (beri), Dodonaea viscosa, Cassia aurticulata, Capparis aphylla, etc.

Vegetation cover also help to stabilize sand dunes. Initially the sand dunes may be planted with beach grass or dune grass in windward side to arrest the sand movement. Then the leguminous species may be planted, Later, the plants that are well anchored (plants deeply buried rhizomes or deep fibrous root system), able to hold sand and catch the windborne load may be planted.

The vegetation cover can be provided by any the following area:

A cover crop is any crop planted solely to control erosion. It is usually planted for protection when regular crops are off the land, but also may be planted in stripes or between rows to provide protection for vegetables or other crops highly susceptible to injury in seedling stage by wind erosion. Wheat, rye, oats, sorghum and peas have been used successively as cover crops.

In strip cropping the crops strips are planted straight and at right angles to the wind direction. The field may be divided into alternate strips of small-grained erosion resisting crops and erosion susceptible crops (tobacco, sugar beets, peas, etc.) Strips of crops like pulses or sorghum or jowar may be alternated with groundnut, etc. Strip cropping aids in the control of soil blowing by shortening the distance that loose soil can move (i.e., help control soil avalanching). Strips laid out on contour also help conserve moisture which in turn help to prevent blowing.

A system of crop rotation is commonly used on dryland subject to wind erosion. In areas where moisture is available, legumes and grasses should also be included in the rotations. A good crop rotation that will effectively maintain soil structure and conserve moisture should be followed. Crop rotation not only provides year-round soil cover but also helps improve the soil tilth and productivity.

The maintenance of crop residues on or near the surface of the soil in dry areas help reducing evaporation and thus maintain soil moisture essential to prevent soil blowing. The wind force is absorbed by crop residue and soil erosion is considerably reduced. The portion of residue protruding above the surface form an effective trap for soil particles moving by saltation or surface creep.

Tillage practices are suitable in areas where rainfall is merge and soil is subjected to wind erosion easily. Deep ploughing provides wind erosion control on sandy soil. It helps in bringing adequate amounts of clod forming clay subsoil to the surface. The practice must be supplemented with other wind erosion control measures because it provides temporary effects only.